All programs are free for JANM members and included with admission for non-members, unless otherwise noted. Events are subject to change.

Reservations are recommended for most programs; you may use the links below. You may also RSVP by emailing rsvp@janm.org or calling 213.625.0414 at least 48 hours in advance. Please indicate the name, date, and time of the program, as well as your name and the number of people in your party.

For all ticketed events (classes, workshops, food tours, etc.), pre-payment is required to hold your space. Cancellations must be made 48 hours in advance or no refund will be issued.

Final day to see the exhibition Fighting for Democracy: Who is the “We” in “We, the People”?.

Welcome the Year of the Rat with crafts, food, cultural activities, and performances!

Visit janm.org/oshogatsufest2020 for complete schedule and to RSVP.

Tales of Little Tokyo is a live theatrical reading of memories drawn from over 50 interviews with Los Angeles residents about their relationship to the oldest and largest Japanese American community in the United States. Today this 135+ year old landmark of Japanese American history faces serious threats to its existence as the relentless forces of gentrification bear down on its ever-shrinking geography. This is a phenomenon that major cities across the country are grappling with.

Why are communities and the cultural history they embody important? What do we stand to lose? What have we lost already? How can a community respond intelligently and effectively to conflicting issues of preservation and development? Tales of Little Tokyo speaks to those questions and more through the stories of those who have been part of its history and who continue to cherish it as a community.

Originally created by award-winning performance artist Dan Kwong in 2018, this presentation of Tales of Little Tokyo will include new interviews as well as a multimedia component. Read/performed by Kwong and veteran actress Takayo Fischer, dozens of recollections will come to life with the help of exquisite archival photos, family snapshots, and period music. Together they will convey the rich history of Little Tokyo and what it means to its stakeholders.

Even to those who are not Japanese American or have no particular relationship to Little Tokyo, the idea of people fighting for something that has symbolized “home” for generations resonates loud and clear: the heart and soul of a city is found in the collective experience of its people.

The performances are now free (as of 1/8/20), but RSVPs are encouraged using the links below. Please note that the 7 p.m. performance begins after the museum closes at 5 p.m.

This presentation represents the evolution of a project Kwong began during his participation in Little Tokyo Service Center’s inaugural +LAB Artist Residency in Summer 2018 at JANM.

Under a Mushroom Cloud Film Festival

In conjunction with Under a Mushroom Cloud: Hiroshima, Nagasaki, and the Atomic Bomb, JANM will screen four world acclaimed films related to the atomic bombs. These films tell the story of people who were under the two mushroom clouds. JANM encourages the public to see the films and share these stories of resilience, love, and hopes for peace.

All screenings are included with museum admission, but please RSVP for each separately.

This festival is co-presented with the Japan Foundation, Los Angeles.

*Please note that the Under a Mushroom Cloud Film Festival dates and times have changed due to the anticipated traffic congestion in the area for the Womenâs March on January 18. We apologize for the inconvenience. 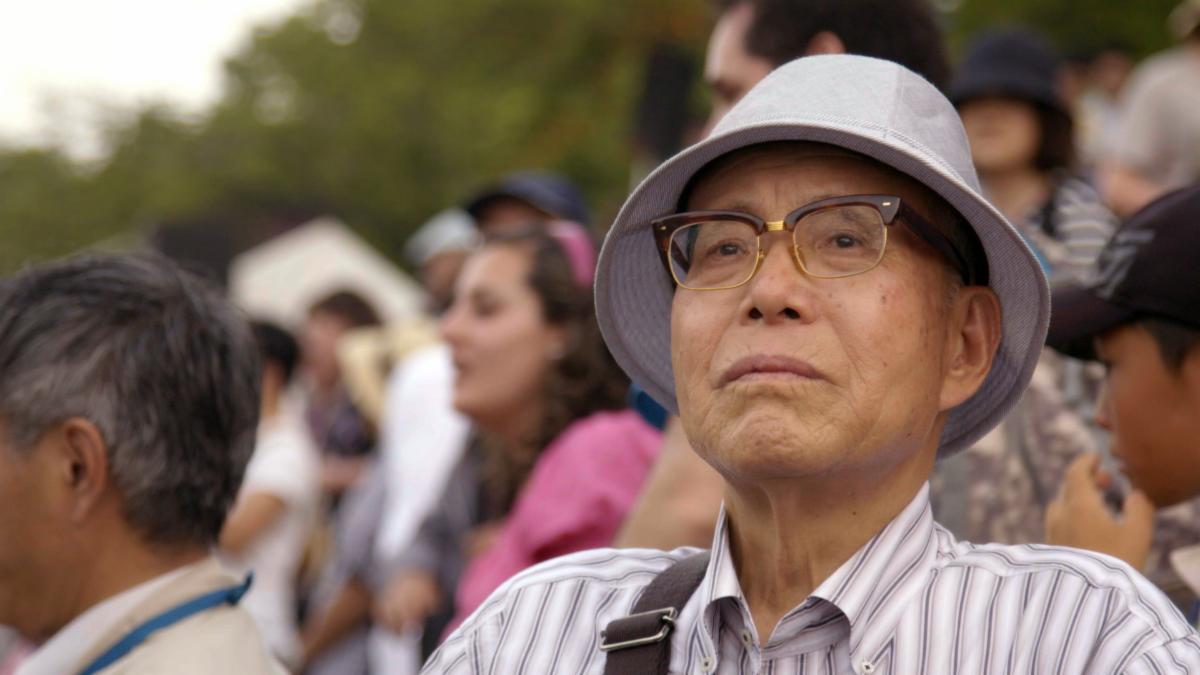 Paper Lanterns is a documentary that follows the quest of Shigeaki Mori, a survivor of the Hiroshima atomic bombing, and his desire to account for those killed on August 6, 1945.

Mori discovers that 12 American prisoners of war also died that day, but were forgotten. In the film directed by Barry Frischette and Max Esposito, Mori searches for the relatives of two of the POWs: Normand Brissette and Ralph Neal. He also campaigns to include the names of the 12 American POWs at the Hiroshima Peace Museum with the thousands of others killed. The film documents Mori’s encounter with President Obama in 2016 at the Hiroshima Peace Museum. 60 minutes. 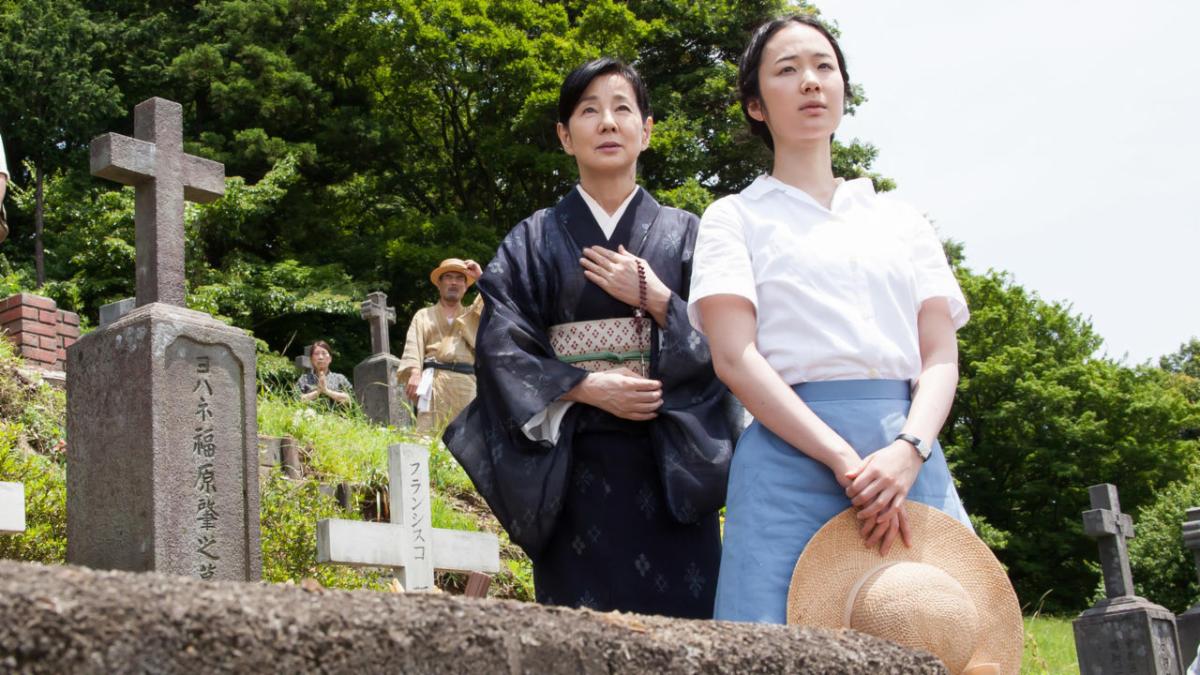 In this 2015 drama, Nobuko Fukuhara, a midwife, has lost her husband and eldest son to World War II and her youngest son Koji to the atomic bombing of Nagasaki. After the war, Nobuko has only her work to keep herself occupied until an apparition of Koji begins to visit. The two have long conversations, which make Nobuko happy, but also reminds her of her losses.

Directed by Yoji Yamada, the film was submitted to the American Academy Awards for its Best Foreign Language Film category. Kazunari Ninomiya who played Koji won several Japanese film awards for this role. 135 minutes. In Japanese with English subtitles. 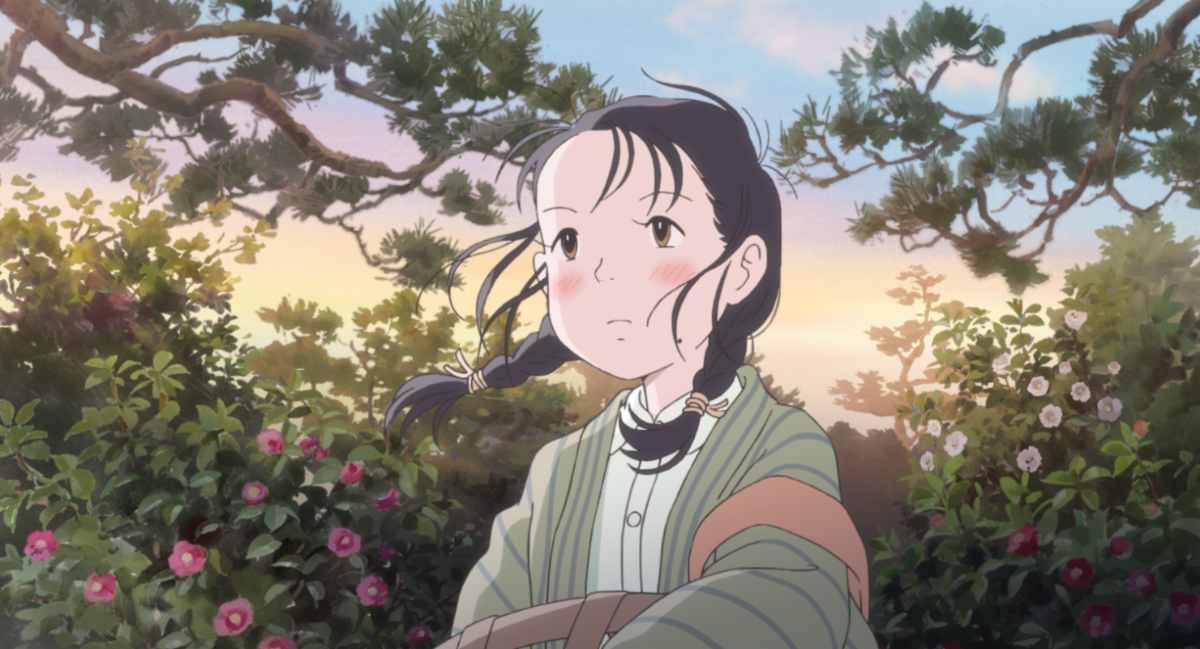 The award-winning 2016 Japanese animated feature written and directed by Sunao Katabuchi, In This Corner of the World (Kono Sekai no Katasumi ni) depicts life in and around Hiroshima before, during, and after World War II.

Based on a manga written and illustrated by Fumiyo Kono, the story traces the life of a young woman named Suzu as she marries, relocates to Kure, and tries to maintain her optimism in the face of the worsening Pacific war. But Suzu and her family are unable to avoid tragedy and the loss of loved ones. The atomic bombing of Hiroshima and Japan’s subsequent surrender heighten Suzu’s despair. Slowly, she and her remaining family rebuild their lives as they and their friends work together. 129 minutes. In Japanese with English subtitles. 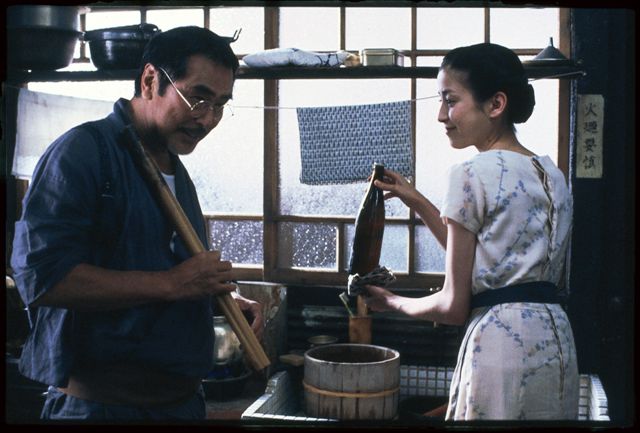 Kazuo Kuroki’s 2004 film The Face of Jizo is based on a play with the same name by Hisashi Inoue. The central character Mitsue survived the atomic bombing of Hiroshima at the end of World War II, but lost her only relative, her father Takezo. Working as a librarian in the postwar, she meets a young man named Masa doing research at her library. The two are mutually attracted to one another, but Mitsue cannot forget her grief for her father, whose ghost visits her.

This is considered the third film of Kuroki’s War Requiem trilogy along with Tomorrow (1988) and A Boy’s Summer in 1945 (2002). 99 minutes. In Japanese with English subtitles.

Explore the endless possibilities of mandalas in this contemporary shibori workshop, in which you’ll use colorful dyes to create eye-catching patterns for pillows, quilts, and other projects.

Bring scissors and a seam ripper. All fabrics, dyes, and other materials are supplied. Please wear workshop attire.

$72 members, $90 non-members, plus $40 materials fee due to instructor at beginning of class (cash only). Limited to 20 participants. Museum admission included.

Asian in America is a symbolic exhibition and award-nominated 6-course dining experience that explores the complex narrative of the Asian American identity through food and drink, virtual reality, spoken word, and poetry. The ingredients, cooking techniques, and alternating presentations of poetry and virtual reality recreations (made in Tilt Brush), will take you on a multi-sensory journey through the trials and triumphs of the Asian American identity, addressing topics of cultural hierarchies in the food system, the lack of individualism granted to minorities, and the internalization of the “white savior” complex.

For one night only, the Japanese American National Museum is partnering with the acclaimed Studio ATAO for the Lunar New Year to bring this innovative dining experience to Los Angeles. Discover more about Studio ATAO and its upcoming projects at studioatao.org.

Tickets can be purchased from Studio ATAO using the link below. To receive the code for the 15% JANM member discount or for more information on how to become a member, please email membership@janm.org.

In the Aratani Central Hall

In an effort to make museums available to the broadest possible audience, JANM joins with more than 40 other regional museums in offering free admission on this day.

Take advantage of free admission to come see Under a Mushroom Cloud: Hiroshima, Nagasaki, and the Atomic Bomb and Common Ground: The Heart of Community.

For a complete list of participating institutions, visit socalmuseums.org/free-for-all.

The Nikkei Genealogical Society (NikkeiGen) promotes, encourages, and shares Nikkei genealogy through education, research, and networking. NikkeiGen’s general meetings are open to anyone who is interested in researching their family trees, learning more about their Japanese roots and heritage, and participating in group discussions and networking. Meetings occur approximately once a month from January to October, with the location alternating between JANM and the Southern California Genealogical Society (SCGS) in Burbank.

The meetings are generally included with museum admission. However, admission is free all day on January 25, in conjunction with the 15th Annual Museums Free-for-All. RSVP is required.

To RSVP or for more information, email info@nikkeigenealogicalsociety.org or visit the Facebook page at facebook.com/nikkeigen. Limited to 35 participants.

Reading and Discussion—Night in the American Village by Akemi Johnson

Join Akemi Johnson as she reads from her debut book Night in the American Village, a beautifully written examination of the complex relationship between the women living near US military bases in Okinawa and the servicemen stationed there.

Reading will be followed by a conversation with historian Lily Welty Tamai. Book signing to follow.

This program is free in conjunction with the SoCal Museums Free-for-All, but RSVPs are encouraged at the link below.

Available at the JANM Store.

Read our interview on Discover Nikkei with author Akemi Johnson.

Members at the Director’s Circle level and above are invited to preview Transcendients: Heroes at Borders before it opens to the public.

Program with a light reception to follow. Invitations will be mailed in late December.

In the Aratani Central Hall