The special program, “Reflections/Refractions: 10 Works Inspired by At First Light,” aims to consider the impact of the still images and artifacts contained in the exhibition through the impressions and creative interpretations of Asian Pacific American literary and performing artists. Inspired in part by a unique literary challenge published in June 2019 in the New York Times’ “Books” section, “Reflections/Refractions” draws upon the creativity, inspiration, and imagination of artists whose specialty is not perceived by most to be associated with visual or cinematic arts.

“‘A picture is worth a thousand words,’ or so the saying goes,” remarked Eddie Wong, Visual Communications co-founder and co-organizer of the At First Light photo exhibition who was inspired to organize “Reflections/Refractions” with poet/essayist Amy Uyematsu and VC staff member Abraham Ferrer. “But as the images and artifacts featured throughout the At First Light exhibition make clear, pictures can inspire new ways of interpreting our lives and experiences in America. We’re thrilled to enhance our ongoing partnership of At First Light with our friends and colleagues at the Japanese ...


The Japanese American National Museum (JANM) will present its annual Natsumatsuri Family Festival on Saturday, August 10, from 11 a.m. to 5 p.m. Admission to the summer celebration featuring Japanese and Japanese American performances, crafts, and activities is free.

Exhibitions on view for Natsumatsuri include At First Light: The Dawning of Asian Pacific America, on view through October 20, and JANM’s ongoing core exhibition, Common Ground: The Heart of Community.

Following is the complete schedule for the 2019 Natsumatsuri Family Festival.

Summer Photo Booth: Grab some fun props from Nerdbot and take a souvenir photo with friends and family!

Summertime Suncatchers: Create a decorative shave ice suncatcher to hang in your window!

Paper Hats: A JANM summer tradition! Design your own unique paper hat to keep you cool while you have fun in the sun.

"AT FIRST LIGHT" DAWNS AT JAPANESE AMERICAN NATIONAL MUSEUM
May 14, 2019

At First Light chronicles the transformation of the un-American categorization of “Oriental” to the political identity of “Asian Pacific American” that rejected racist stereotypes, stood up for human rights, recovered lost histories, and created new cultural expressions. The exhibition draws from hundreds of thousands of photographs and more than 100 videos in VC”s collections. In the present-day climate of xenophobia and racial profiling, At First Light seeks to strengthen current resistance and resolve by evoking the legacy of Asian Pacific American activism.

Rooted in the documentary tradition and recording the flash points of social justice as they unfolded, the activists of VC were a constant presence, with cameras in hand, at both demonstrations and cultural celebrations. The newfound consciousness and activism they witnessed and encouraged led to a political awakening that overhauled how Asians in the United States were viewed—and, more importantly, how they viewed themselves. 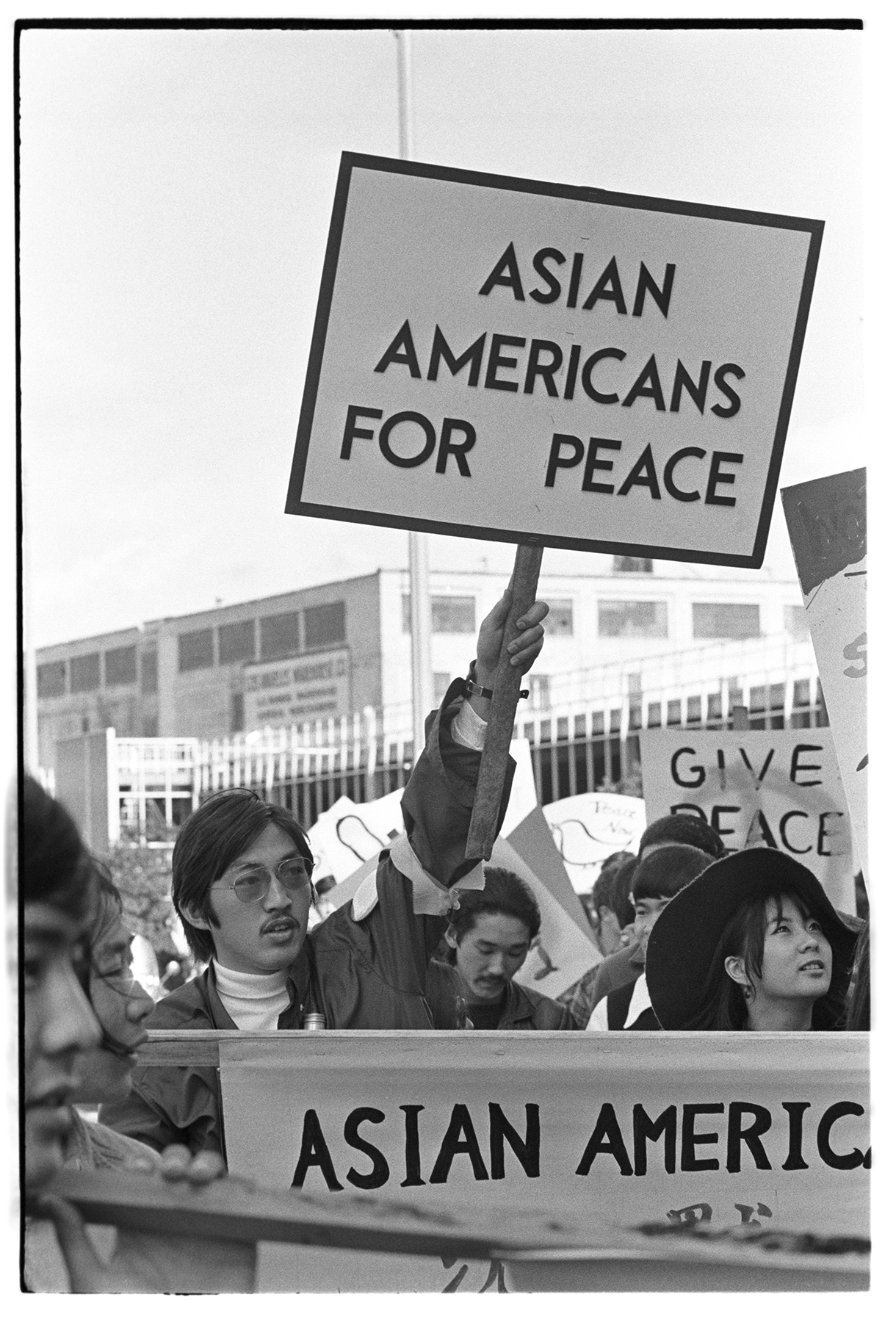