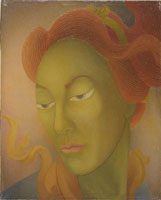 This exhibition of paintings is the first retrospective survey of the art of Issei painter Hideo Date (b. 1907).

Trained in Tokyo and Los Angeles, Date was an influential member of avant-garde art circles in pre-World War II Los Angeles. He belonged to the Los Angeles Art Students League and founded the self-named “Los Angeles Oriental Artists Group.” The outbreak of war took Date from the dynamic and diverse Los Angeles art scene to the isolation of Heart Mountain concentration camp in Wyoming. After the war, Date resettled in New York where he still resides at age 94. This exhibition and catalogue feature paintings from the National Museum’s extensive collection of Date’s work, many of which have not been seen in over fifty years. 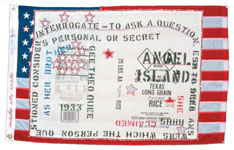 Artist Flo Oy Wong is known for her provocative explorations of family and community history through her work. The exhibition includes Wong’s most recent installation, made in usa: Angel Island Shhh, that exposes the conditions and experiences of Chinese immigrants incarcerated at Angel Island Immigration Station between 1910 and 1940.

This exhibition features new work by three recent recipients of the prestigious artists exchange fellowship program jointly administered by the Japan-U.S. Friendship Commission (JUSFC) and the National Endowment for the Arts (NEA).

Since 1979, over 100 American artists have received fellowships to live and work in Japan. The sculptural and installation art on view by Brother, Hom, and Yasuda explores the subtle and provocative ways that their residencies in Japan impacted their art.

ON THE ROAD at the National Museum of EthnologyâFrom Bento to Mixed Plate: Americans of Japanese Ancestry in Multicultural Hawai'i
April 19 - August 28, 2001

Following its successful international debut in Okinawa, From Bento to Mixed Plate will continue its travel throughout Japan with its opening at the National Museum of Ethnology in Osaka. This exhibition has been re-designed for the Japanese speaking visitor to share the historical and personal stories of Hawai‘i’s AJA (Americans of Japanese ancestry) communities through photographs, artifacts, text, and video. It also serves as a window through which visitors can observe the general transformation of Hawai’i from an ethnically stratified society to its multicultural present. 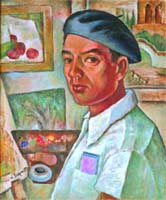 At the age of 19, Henry Sugimoto left Japan to make his life in America. Determined to become an artist, he studied in the San Francisco Bay Area and exhibited nationally and internationally.When he was unjustly incarcerated at 42 in the Jerome and Rohwer concentration camps in Arkansas, the experience irreversibly affected how he viewed himself, his art, and the Japanese American experience. The only thing that remained constant was his desire to paint.

This retrospective survey features works from the National Museum’s extensive collection of Sugimoto’s paintings, prints, drawings, and writing, and spans the entirety of his prolific career as an artist. Henry Sugimoto: Painting an American Experience tells the compelling story of an immigrant, a Japanese American, and an artist.

For a Greener Tomorrow: Japanese American Gardeners in Southern California
October 28, 2000 - May 1, 2001

Barred from leasing farmland in the early 1900s, many Japanese immigrants traveled from California’s countryside to the cities and turned to another kind of farming—gardening. 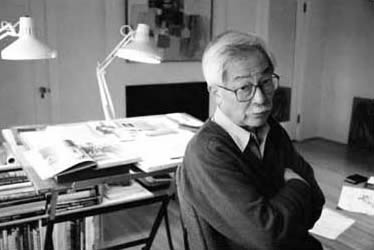 Allen Say’s Journey: The Art and Words of a Children’s Book Author is the first retrospective exhibition of the art of Allen Say, award-winning children’s book author and illustrator. His drawings, watercolor paintings, and prose explore themes of longing, belonging, and the meaning of “home.” Through the internal conflicts of his characters and their search for identity and self-discovery, one can glimpse into Say’s own life journey.

Diamonds in the Rough: Japanese Americans in Baseball presents the hidden history of Japanese American baseball, from the turn-of-the-century Issei teams to the present-day legacies. This exhibition adds an important voice to the annals of baseball history.

With artifacts, photographs, video, and a diorama of Zenimura Field at Gila River concentration camp, it demonstrates how the history of Japanese American baseball reflects the cycles of discrimination and acceptance that have defined the entire Japanese American experience. 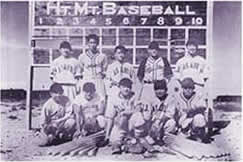 More Than a Game: Sport in the Japanese American Community tells the story of one immigrant group through the universally popular topic of sport.

From initial immigration in the late 1800s through incarceration during World War II and the triumph of the 1952 Olympics where four Japanese Americans won a total of seven medals, the exhibition reveals a unique and, often untold, perspective on how sport influenced and impacted the evolution of the Japanese American community.