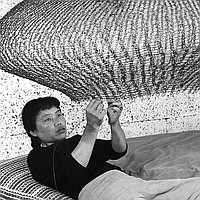 The Japanese American National Museum (JANM) is proud to announce that its documentary, Masters of Modern Design: The Art of the Japanese American Experience, has been nominated for a Los Angeles Area Emmy. The film was co-produced by KCETâs Artbound series and JANMâs Watase Media Arts Center in 2019.

âWe at JANM are immensely gratified that Masters of Modern Design has been nominated for an Emmy,â said Ann Burroughs, JANM President and CEO. âDirector Akira Boch and his Watase Media Arts Center team continues to create work that provides greater insight into the Japanese American experience in ways that resonate strongly today.â

Masters of Modern Design highlights the stories of five Japanese American artists and designers whose lives were all affected by the forced removal and mass incarceration in concentration camps of 120,000 persons of Japanese ancestry by the U.S. government during World War II. Artists Isamu Noguchi and Ruth Asawa, art director S. Neil Fujita, furniture designer and woodworker George Nakashima and architect Gyo Obata all produced influential work in the postwar era, despite their experiences with institutional discrimination.

âDelving deeply into their lives made me realize that each of them lived boldly, and had lives of great adventure,â explained Boch, the documentaryâs director. âThey lived with curiosity and without fear - which made each of them a great artist whose work weâre still celebrating today. â

Noguchi, who was born in Boyle Heights, became an internationally renowned sculptor and designer whose Akari lamps made his work highly accessible. Asawa, who attended Black Mountain College after camp, produced a series of unique wired sculptures and public art. Fujita was imprisoned in Heart Mountain, Wyoming, where he was art director of the camp newspaper. Working for Columbia Records after the war, he created iconic record album covers. With his own firm, he designed book covers, including the famous Godfather logo.

Nakashima, who also trained as an architect in Japan, established his own compound in New Hope, Pennsylvania, where he hand-produced highly-coveted wood furniture. Obata was a principle of Hellmuth, Obata and Kassabaum (HOK), where he designed the National Air and Space Museum at Smithsonian and JANMâs Pavilion. All of the artists except Fujita have been featured in exhibitions at JANM.

KCETâs Artbound will air Masters of Modern Design on Sunday, July 5, at 5 p.m. (PDT) and on Thursday, July 9, at 1 p.m. (PDT) on KCET-HD. The film will also be screened on Saturday, July 11, at 8 p.m. (PDT) on KCETLINK. Artbound is an Emmy Award-winning arts and culture series that examines the lives, works and creative processes of arts and culture innovators making an impact in Southern California and beyond. Now in its 10th season, Artbound brings to light the regionâs rich cultural legacy and diversity. For more information or to stream Masters of Modern Design, go to kcet.org.

âThe Emmy nomination is a wonderful honor for JANM and KCET,â Burroughs noted. âI want to thank KCETâs Artbound for making our collaboration possible and for enabling the production of this documentary. We look forward to our continued partnership and collaboration on future projects.â

Due to COVID-19, the Television Academy will present the Los Angeles Area Emmy Awards by streaming the show online on Saturday, July 18, beginning at 7 p.m. (PDT).