In 2007, I began interviewing returning soldiers from the Iraq and Afghanistan wars. I expected to hear chest thumping and Fox News-like talking points like “We are fighting them over there so we don’t have to fight them over here.” I heard none of that from the soldiers. I heard profound remorse and anger about their participation in U.S. interventions in the Middle East. Many of the vets have become radicals and anarchists. Who would think that the American military would be an incubator for anti war activism? Unfortunately a little too late?

When I began interviewing returning veterans, I felt that I should also hear from someone from Iraq. I interviewed an Iraqi woman, an academic in Portland, Oregon. In the course of our conversation, I asked her what she thought about the U.S. invasion of Iraq. She answered, “I thank America for removing Saddam Hussein, but did you have to destroy my entire country?” That statement stuck with me, and it inspired a new project. After spending some years interviewing and giving voice to the soldiers, I felt we needed to hear from those “others” affected by our wars. Both the soldiers and refugees have something to tell us about war and the aftermath of war.

In 2010, I began interviewing Iraqi refugees who fled their homes and came to the U.S. I thought that I’d use the same methodology and format as my book about soldiers and homecoming. In my book, Exit Wounds: Soldiers’ Stories – Life After Iraq and Afghanistan, 2015, I interviewed the participants and took pictures of them. There are 50 oral histories and 50 pictures in the book.

I tried to create a similar photo series with Iraqi and Syrian refugees1, but it just didn’t work. The photographs of the people didn’t tell stories. After several sessions, I realized from the conversations, that when one leaves their home, under the cover of darkness with a kid under each arm, you can’t take much with you except some practical items and maybe one or two mementos. It became clear that the carried items tell the story. I began to ask recent refugees in several U.S. cities to share those things with me. I photographed the objects, I made 13" x 19" archival prints and asked the participant to write on the photograph why that item above all others, was so important that they chose to carry it on their long journey to America. The results speak volumes about being uprooted and displaced, about loss, and the preservation of identity. What was carried? What was left behind?

I realized that the objects and the stories help those of us who see them feel compassion and an intimate empathy. What would I take with me? But the more powerful understanding is the realization, of what was left behind. What was left behind was everything else; homes, friends, family, school, careers, culture, and history.

The stories tell how similar we all are. Circumstances and zip codes determine what kind of lives we will live. When we try to walk in “others” shoes, we become more human. When we understand that those “others” are not as different as the media and that politicians make them out to be. When we see tired, hungry, and desperate families arriving in inflatable boats, walking by the thousands to refugee camps, we have to understand that we would look just like them if we lived in a war zone, or were victims of a natural disaster. Those tired, desperate people might also be teachers, doctors, engineers, or homemakers. Their objects tell us how similar we are. What would you choose? A picture of your mother, bible, a Qur’an, a ring, a teapot, maybe even a Barbie doll? Yes all of these things travelled from Iraq and Syria to your neighborhood. We aren’t as different as we think. Certainly those who fan the flames of “us” and “them” profit by spreading fear and hatred for personal political gain and try to keep them out by persecuting based on foreign-ness or religion. History has demonstrated that it works.

Hopefully, the object photos and stories can help to break down xenophobia and share our common humanity and help to build bridges and defeat those who try to manipulate us to distrust our fellow humans who just happened to find themselves in the way of an ill-conceived and poorly prosecuted war of choice on the people of Iraq. We need to remind ourselves of our good fortune as well as our responsibility for those who have been affected by our reckless interventions in the Middle East. Please listen with your heart to the stories scribed by our new American neighbors.

1 Since 2003, five million Iraqis and more than five million Syrians have fled their homes due to war, conflict, and destruction. Many of the recent Syrian refugees are displaced Iraqi refugees who fled to the “safer” Syria that later became a very dangerous place.

Jim Lommasson is a recipient of the Dorothea Lange–Paul Taylor Prize from The Center for Documentary Studies at Duke University. 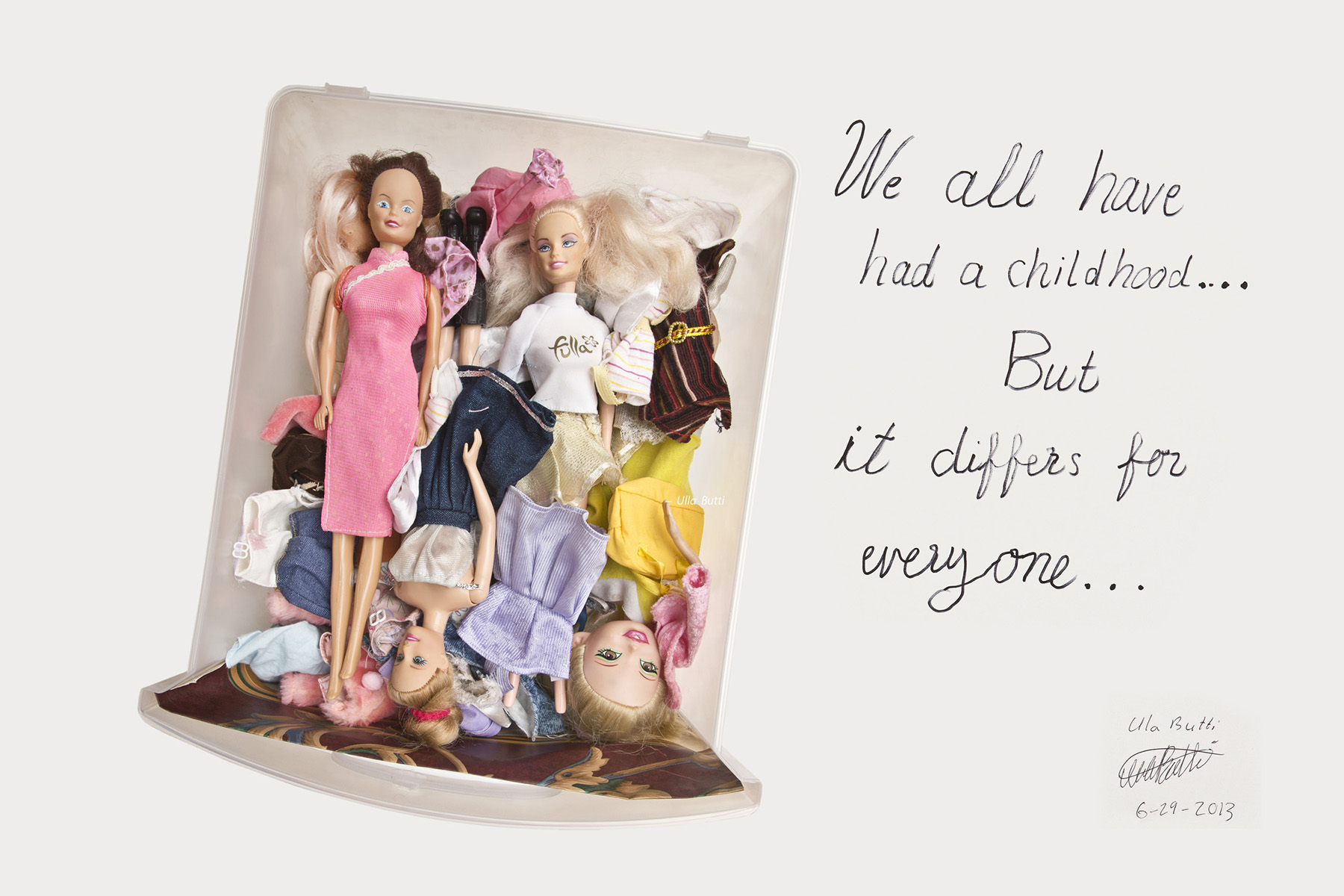