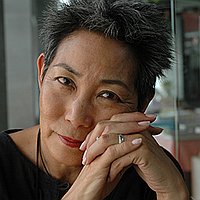 Ann Burroughs, President and CEO of the Japanese American National Museum, has announced the appointment of Karen L. Ishizuka to the position of Chief Curator. Ishizuka’s charge is to develop and chair a national Scholarly Advisory Council to help shape the museum’s curatorial direction and intellectual agenda.

Ishizuka was previously on staff at the museum as media producer, curator, and director of the Frank H. Watase Media Arts Center. During that time she curated JANM’s influential America’s Concentration Camps: Remembering the Japanese American Experience exhibition, established the museum’s Photographic and Moving Image Archive, and wrote and produced Toyo Miyatake: Infinite Shades of Gray, which was an official selection at the Sundance Film Festival. Together with her husband and partner Robert A. Nakamura, Ishizuka received the inaugural JANM Legacy Award at the museum’s 2016 Gala Dinner for their lasting contributions to the museum’s institutional legacy and helping distinguish the museum as a unique, vital, and valuable community resource.

“Karen is a widely respected and highly accomplished scholar whose history with the Japanese American National Museum positions her perfectly to serve as our new Chief Curator,” said Ann Burroughs, President and CEO of JANM. “As the museum forges its future and deepens its commitment to our mission of promoting understanding and appreciation of America’s ethnic and cultural diversity by sharing the Japanese American experience, I’m so pleased that Karen will be helping to shape our intellectual agenda and curatorial direction.”

Ishizuka received a master’s degree in social work from San Diego State University and her Ph.D. in anthropology from the University of California, Los Angeles. In addition to many articles, she is the author of Serve the People: Making Asian America in the Long Sixties and Lost & Found: Reclaiming the Japanese American Incarceration and co-editor of Mining the Home Movie: Excavations into Histories and Memories. She also serves as the president of the Okura Mental Health Leadership Foundation.

Established in 1985, the Japanese American National Museum promotes understanding and appreciation of America’s ethnic and cultural diversity by sharing the Japanese American experience. Located in the historic Little Tokyo district of downtown Los Angeles, JANM is a hybrid institution that straddles traditional museum categories and strives to provide a voice for Japanese Americans as well as a forum that enables all people to explore their own heritage and culture. Since opening to the public, JANM has presented over 80 exhibitions onsite and traveled 20 of its exhibitions to locations around the world, including the Smithsonian Institution and the Ellis Island Museum in the United States, and several leading cultural museums in Japan and South America.