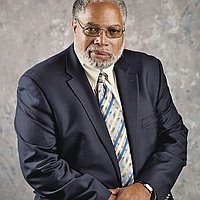 The Japanese American National Museum (JANM) is pleased to announce Lonnie Bunch III as the keynote speaker at its Annual Gala Dinner to be held on April 18, 2020 at the InterContinental Los Angeles downtown.

Lonnie G. Bunch III is the 14th Secretary of the Smithsonian. As Secretary, he oversees 19 museums, 21 libraries, the National Zoo, numerous research centers, and several education units and centers. Previously, Mr. Bunch was the director of the Smithsonianâs National Museum of African American History and Culture. Mr. Bunch is also a widely published author, writing on topics ranging from the black military experience and the American presidency, to diversity in museum management and the impact of funding and politics on American museums.

The eveningâs theme will be Our Stories in Action and will highlight JANMâs efforts to breathe new life in the museumâs collections by making its artifacts and archives more accessible and universally relevant in the current cultural and civic landscapes.

The Gala Dinner evening will include JANMâs popular Lexus Opportunity Drawing. This yearâs prize vehicle is the 2020 Lexus RX 450h. Opportunity Drawing entries are $25 each, $100 for five entries, and $500 for 30 entries. Entries can be requested by calling 213.830.5658, sending an email to galadinner@janm.org, or downloading an order form from janm.org/dinner2020.

Sponsorship and underwriting opportunities for the Gala Dinner are available. Send an email to galadinner@janm.org for details. Individual tickets for the event will go on sale in mid-February; the event is expected to sell out. Information is also available at janm.org/dinner2020.

Under a Mushroom Cloud: Hiroshima, Nagasaki, and the Atomic Bomb
Through June 7, 2020
Under a Mushroom Cloud features the damaged possessions left by the victims. Hiroshima and Nagasaki collected and preserved these artifacts, including clothing and other personal items. The exhibition is composed of photo panels and text panels that detail the histories of the cities, the development of the two bombs, their detonations, and the immediate aftermath for the survivors, known in Japan as hibakusha, of both cities.

JANM is located at 100 N. Central Ave., Los Angeles. Museum hours are Tuesday, Wednesday, Friday, Saturday, and Sunday from 11 a.m. to 5 p.m. and Thursday from noon to 8 p.m. General admission is $16 adults, $7 students and seniors, free for members and children under age five. Admission is free to everyone on Thursdays from 5 p.m. to 8 p.m. and every third Thursday of the month from noon to 8 p.m. General admission prices and free admission times may not apply to specially ticketed exhibitions. Closed Mondays, 4th of July, Thanksgiving, Christmas, and New Yearâs Day. For more information visit janm.org or call 213.625.0414.