On the Passing of Lane Ryo Hirabayashi 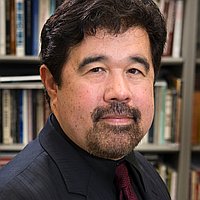 The leadership, staff and volunteers of the Japanese American National Museum were deeply saddened by the recent passing of Dr. Lane Ryo Hirabayashi. Having served as the George and Sakaye Aratani Professor of the Japanese American Incarceration, Redress and Community and as the chair of the Asian American Studies Department at UCLA from 2006 until his retirement in 2017, Lane was respected for his over forty years of research and writings. Significantly, he provided modern context to controversial World War II programs such as the War Relocation Authorities photographic record of the mass incarceration of Japanese Americans and the Japanese American Evacuation and Resettlement Study (JERS) by UC Berkeley so future researchers might find them useful.

The son of Dr. James Hirabayashi, former JANM Chief Curator and the first dean of ethnic studies at San Francisco State University, and the nephew of Gordon Hirabayashi, who was arrested for a World War II curfew violation and whose case went to the Supreme Court in 1943, Lane collaborated with his father to edit the 2013 book, A Principled Stand: The Story of Gordon Hirabayashi v. United States. Gordonâs original case was lost, but overturned as one of three coram nobis cases in the 1980s.

For JANM, Lane was an essential contributor to the success of the International Nikkei Research Project (INRP) as the lead scholar. Founded in 1998 and funded by the Nippon Foundation, INRP organized on-going documentation of the Japanese migration to North and South America. With Lane as editor, INRP published New Worlds, New Lives: Globalization and People of Japanese Descent in the Americas and from Latin America in Japan, which was translated into Japanese and recognized for its groundbreaking global research.

The success of INRP encouraged the Nippon Foundation to endow JANM's Discover Nikkei website, a global community-based site which encourages the open exchange of research and sharing of Nikkei stories worldwide today. Lane was also actively involved in JANM's national conferences, beginning with the All-Camps Summit in 2001 and followed by influential events organized in Little Rock, Arkansas (2004); Denver, Colorado (2008); and, Seattle, Washington (2013). In addition to the INRP and national conferences, he also served as a scholarly advisor and contributor on many other exhibitions and projects, and presented at numerous public programs at JANM.

âLane's contributions to JANM and more broadly to the national scholarly pursuit of the Japanese American experience were substantial and profound, matched by his role as a teacher, mentor, collaborator and supportive friend,â said Ann Burroughs, President and CEO of JANM.