Hello Kitty Critiqued
On February 22, at 2 p.m., JANM will present a panel discussion that takes a critical look at Hello Kitty and examines her phenomenon from various perspectives. The panel will be moderated by Christine Yano, author of Pink Globalization: Hello Kitty’s Trek Across the Pacific and curator of the retrospective portion of the JANM exhibition.

Laura Miller, Ei'ichi Shibusawa-Seigo Arai Endowed Professor of Japanese Studies and Professor of Anthropology at the University of Missouri, St. Louis. She is the author of Beauty Up: Exploring Contemporary Japanese Body Aesthetics and has co-edited three other books. Miller has published widely on Japanese culture and language and teaches courses on Japan and linguistic anthropology.

Jaime Scholnick, a Los Angeles-based artist whose work deals with gender, power, consumerism, and global domination. During a period of living in Japan, Scholnick began a series of multimedia artworks titled Hello Kitty Gets a Mouth. An eponymous short film from the series has been featured at film festivals throughout the U.S.

Denise Uyehara, an award-winning performance artist, writer, and playwright whose work has been presented throughout the U.S. and in London, Vancouver, Helsinki, and Tokyo. For over two decades, Uyehara used interdisciplinary performance to investigate migrations across borders of identity.

Yano will sign books at the conclusion of the program.

The February 22 event is free for JANM members and those with same-day tickets for Hello! RSVPs are strongly encouraged at rsvp@janm.org or 213.625.0414. Those interested in attending the discussion only may purchase tickets online at janm.org for $5.

Hello! Exhibiting Artists
On February 28, at 2 p.m., selected artists whose work is featured in the contemporary art portion of Hello! will participate in a panel discussion about their work and how Hello Kitty served as inspiration. The participating artists will sign copies of the Hello! exhibition catalog after the discussion.

Tickets for the Hello! Exhibiting Artists Panel Discussion are $12 for JANM members, $15 for the general public. The price does not include museum or Hello! admission, neither of which are required to attend.

Hello Kitty’s Head Designer
On April 4, at 2 p.m., Sanrio Tokyo’s Yuko Yamaguchi, who has been Hello Kitty’s head designer since 1980, will discuss her work with the global icon. Yamaguchi is the most influential figure in Hello Kitty’s world and has guided her visual evolution. Credited with integrating contemporary fashion trends into her aesthetic, she has been quoted as saying, “What she does, I do, and what I do, she does.” Yamaguchi will sign copies of the exhibition catalog following the program.

Tickets for A Conversation with Yuko Yamaguchi are $16 for JANM members, $20 for the general public. The ticket price includes same-day admission to JANM’s Common Ground and Hello! exhibitions.

Hello Kitty and Kawaii Culture
On April 18, at 2 p.m., Hello! curators Jamie Rivadeneira and Christine Yano will engage in a discussion about Hello Kitty’s place in Japan’s kawaii (cute) culture. This event is free for JANM members and those with same-day tickets for Hello! RSVPs are strongly encouraged at rsvp@janm.org or 213.625.0414. Those interested in attending the discussion only may purchase tickets online at janm.org for $5.

For more information about these and other public programs taking place at JANM, please visit janm.org.

Hello! Exploring the Supercute World of Hello Kitty
Through April 26, 2015
Organized as part of the global icon’s 40th-anniversary celebrations, Hello! examines the colorful history of Hello Kitty and her influence on popular culture. The exhibition includes an extensive product survey, with rare and unique items from the Sanrio archives, alongside a selection of innovative contemporary artworks inspired by Hello Kitty and her world. Hello! is a specially ticketed exhibition.

Established in 1985, the Japanese American National Museum promotes understanding and appreciation of America’s ethnic and cultural diversity by sharing the Japanese American experience. Located in the historic Little Tokyo district of downtown Los Angeles, JANM is a hybrid institution that straddles traditional museum categories and strives to provide a voice for Japanese Americans as well as a forum that enables all people to explore their own heritage and culture. Since opening to the public, JANM has presented over 70 exhibitions onsite and traveled 16 of its exhibitions to locations around the world, including the Smithsonian Institution and the Ellis Island Museum in the United States, and several leading cultural museums in Japan and South America. 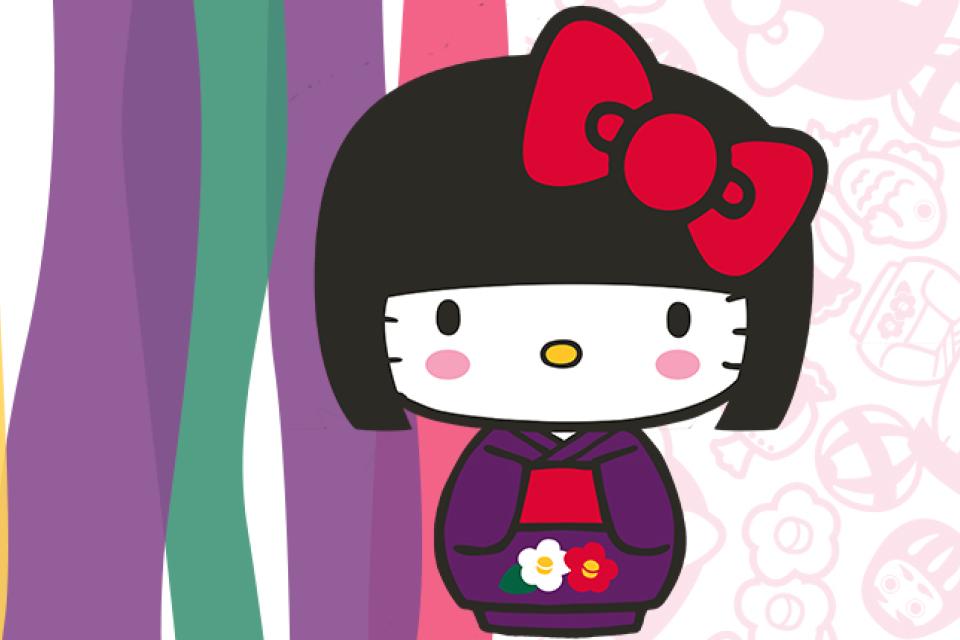