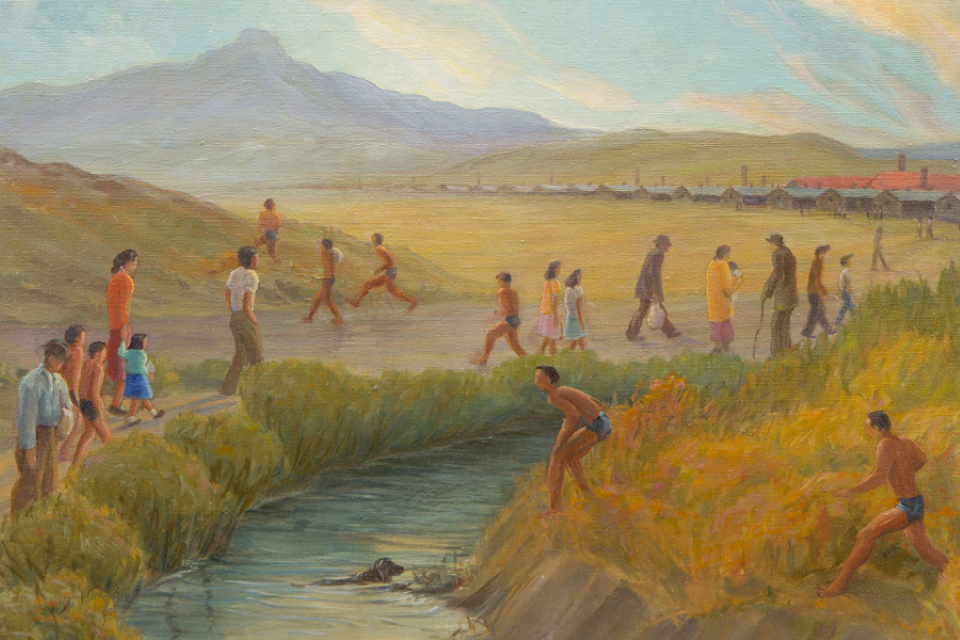 The Japanese American National Museum offers many of the exhibitions it has hosted to other museums and cultural facilities. These exhibitions range in size and subject matter, offering engaging experiences for visitors of all ages and with varied interests.

Please refer to the contact information for each exhibition for availability information, loan fees, and other details.

Art and Artifacts from the Allen Hendershott Eaton Collection 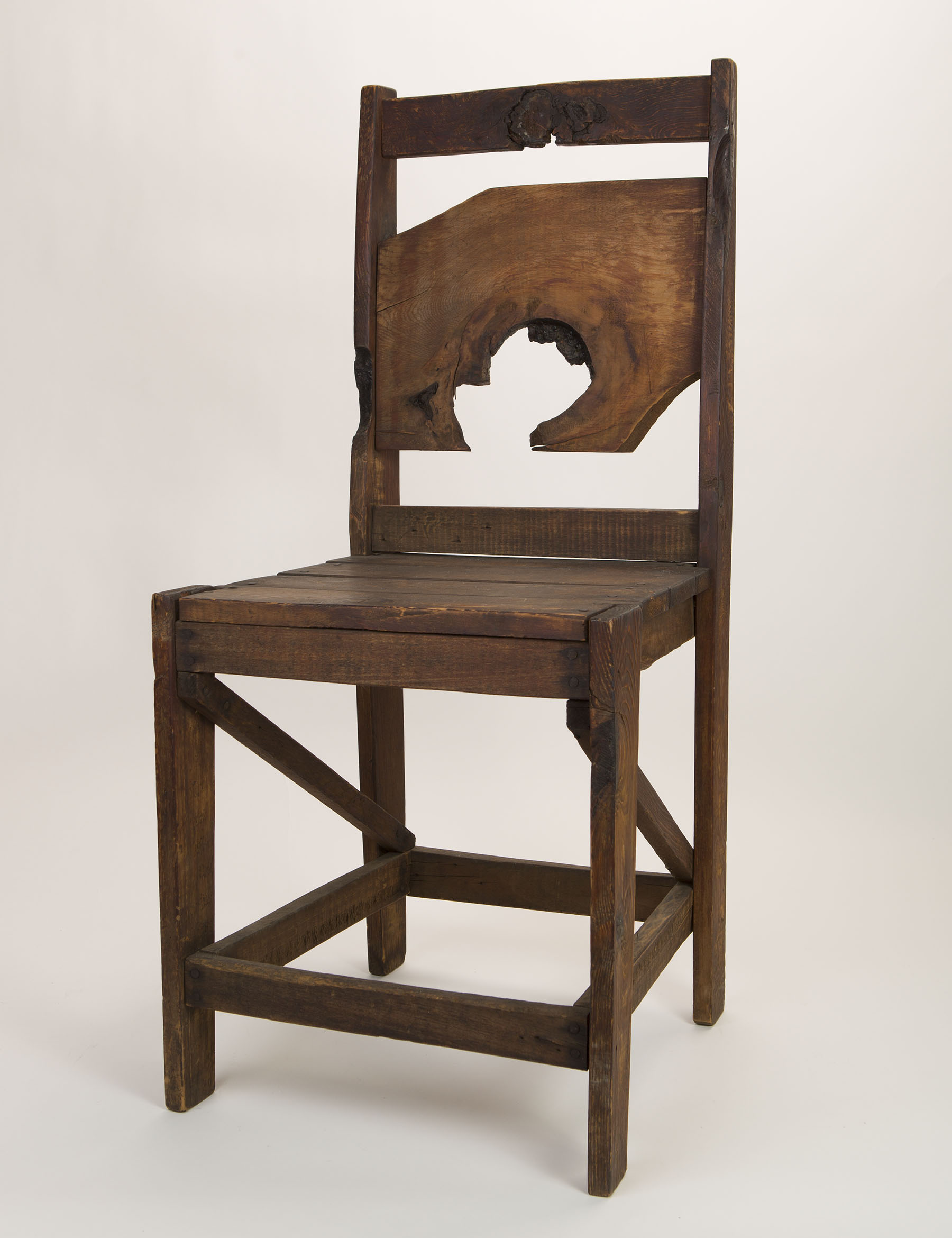 While conducting research for a book about art and craft objects created by Japanese Americans during World War II, author Allen Hendershott Eaton amassed a significant collection of such camp artifacts. More than 60 years later, in 2015, a controversial attempt by a private party to auction the artifacts was averted by Japanese American community leaders and activists. Ultimately, the Eaton Collection was transferred to the Japanese American National Museum for safekeeping and conservation.

The museum is now actively seeking input from the community about the items in the collection through a traveling pop-up display and accompanying workshops. The display includes physical or digital representation of every item in the collection—more than 400 individual photographs, sculptures, paintings and watercolors, jewelry items, vases, beads, nameplates, and other items handmade by Japanese Americans while enduring incarceration in the WWII camps. Contested Histories is intended to help gather information about each individual object so that the museum’s efforts to preserve and catalog the collection can be as complete as possible. Camp survivors and their family members and friends are encouraged to share with JANM information they know or remember about the objects, including who is depicted in the many photographs.

Contested Histories: Art and Artifacts from the Allen Hendershott Eaton Collection was on display at the Japanese American National Museum January 7 – April 8, 2018. JANM is currently looking for locations in the central valley of California, San Diego county, and parts of Arizona.

Visit janm.org/contested-histories for more information about the Eaton Collection, the pop-up display, and travel schedule.

Before They Were Heroes 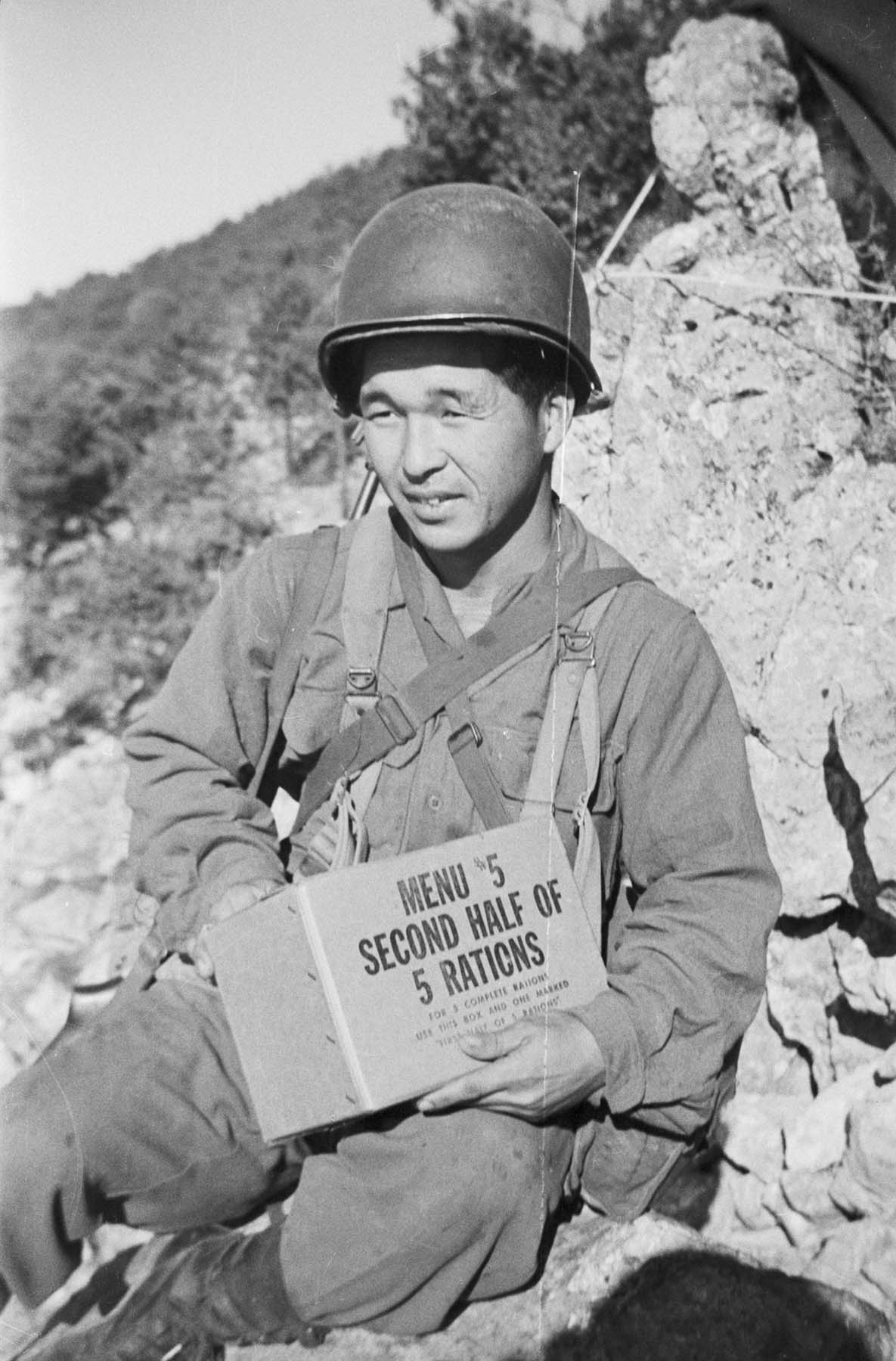 While Ito participated in such dramatic events as the rescue of the Lost Battalion and the liberation of a subcamp of Dachau, these rare and breathtaking images, taken with a prohibited camera, capture the humble daily lives of young Japanese American soldiers serving in a segregated unit. Theu are seen posing next to their jeeps, walking in the snow, swimming in a river, playing chess, and even visiting tourist destinations while on leave.

Ito went to great lengths to preserve the negatives, carrying his photos nearly 5,000 miles across Europe and having his film developed at villages along the way. Unseen for decades, these images provide a fresh look into the soldiers’ lives typically not found in history books.

Before They Were Heroes: Sus Ito’s World War II Images is the first in JANM’s Sharing Our Stories series of exhibitions drawn from the museum’s extensive permanent collection.

This exhibition was first displayed at the Japanese American National Museum from July 14 – September 6, 2015, and is available for 12-week booking periods.

Visit janm.org/sus-ito for more information, including photographs and a video. 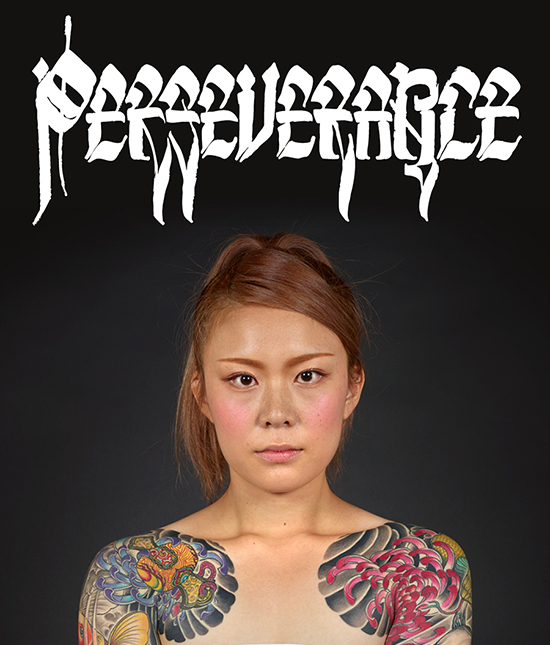 Even as Japanese-style tattooing has moved into the mainstream, it remains an enigmatic and misunderstood art form. Much of Japanese society denounces it as a criminal practice, associating it more with some of its yakuza clientele than with its respected artists. Western practitioners and aficionados, on the other hand, often lack knowledge of the practice’s long history, reducing it to an exotic form of decoration.

Perseverance aims to shift the conversation around Japanese tattoo practice by examining it as a serious art form, placing it in a rich artistic lineage that includes ukiyo-e and other traditional Japanese printing techniques. The exhibition also looks at the vibrancy of current Japanese-style tattoo work, which includes hybrid styles developed by practitioners in Japan, Europe, and the United States.

Designed by artist Kip Fulbeck and curated by master tattoo artist and author Takahiro Kitamura, Perseverance is the first exhibition of its kind and features stunning color photographs by Fulbeck of the work of seven internationally acclaimed tattoo artists: Horishiki (Chris Brand), Horitaka, Horitomo, Junii, Miyazo, Shige, and Yokohama Horiken, along with additional images of works by other artists. These works represent the diverse spectrum of Japanese-style tattooing today.

This exhibition was first displayed at the Japanese American National Museum from March 8 – September 14, 2014, and is available for 12-week booking periods. 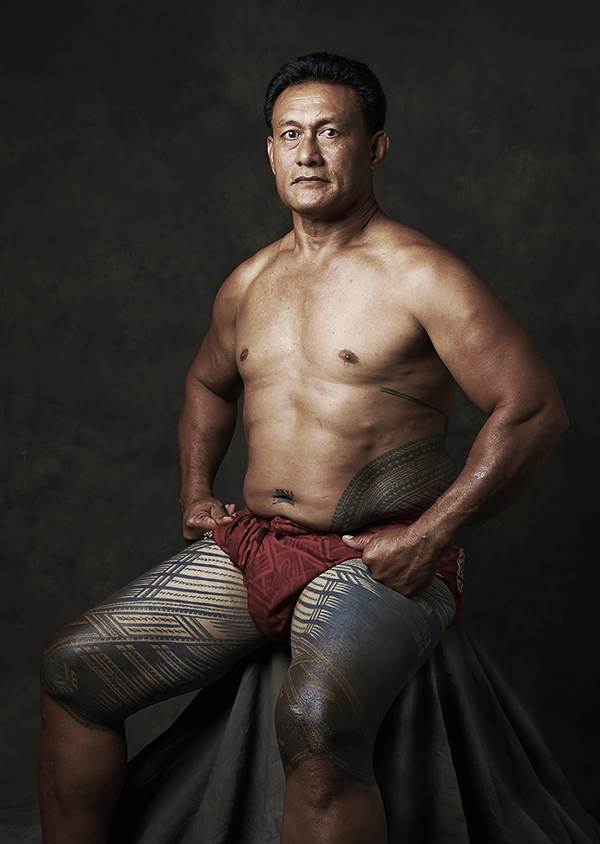 Tatau: Marks of Polynesia explores the beauty of Samoan tattoos as well as the key role they play in the preservation and propagation of Samoan culture. Through photographs taken in the studio and on location in Samoa and elsewhere, Tatau showcases the work of traditional Samoan tattoo masters alongside that of younger practitioners working within and influenced by the tradition today. Through exhibitions like Tatau, JANM continues its work of promoting understanding of diverse cultures.

Samoa’s tatau, along with Japan’s irezumi, is one of the world’s most distinctive living tattoo traditions. An indigenous art form with a continuous history that dates back 2,000 years, tatau has played a pivotal role in the preservation and propagation of Samoan culture, surviving many attempts at eradication. In Samoa, tufuga tā tatau(master tattoo artists) are accorded high status in society, and acquiring tatau is considered a powerful affirmation of national identity, particularly for young men, for whom it is an important rite of passage. Tatau motifs and symbols are also being adapted by younger artists for new media and art forms. Both the traditional tattoo and its more contemporary manifestations have helped to create and affirm identity for new generations of Polynesians and others living outside of Samoa.

Tatau was curated by Takahiro “Ryudaibori” Kitamura, the master tattoo artist and author who previously curated the exhibition Perseverance: Japanese Tattoo Tradition in a Modern World, which originated at JANM in 2014 and is currently traveling. Kitamura is collaborating with John Agcaoili, photographer; Sulu‘ape Steve Looney and Danielle Steffany-Looney of Pacific Soul Tattoo in Hawai‘i; Sean Mallon, author and Senior Curator of Pacific Cultures at the Museum of New Zealand Te Papa Tongarewa; and Sulu‘ape Si‘i Liufau of A-Town Tattoo. Tatau is accompanied by a full-color catalog.

This exhibition was first displayed at the Japanese American National Museum from July 30, 2016–January 22, 2017, and is available for 12-week booking periods. 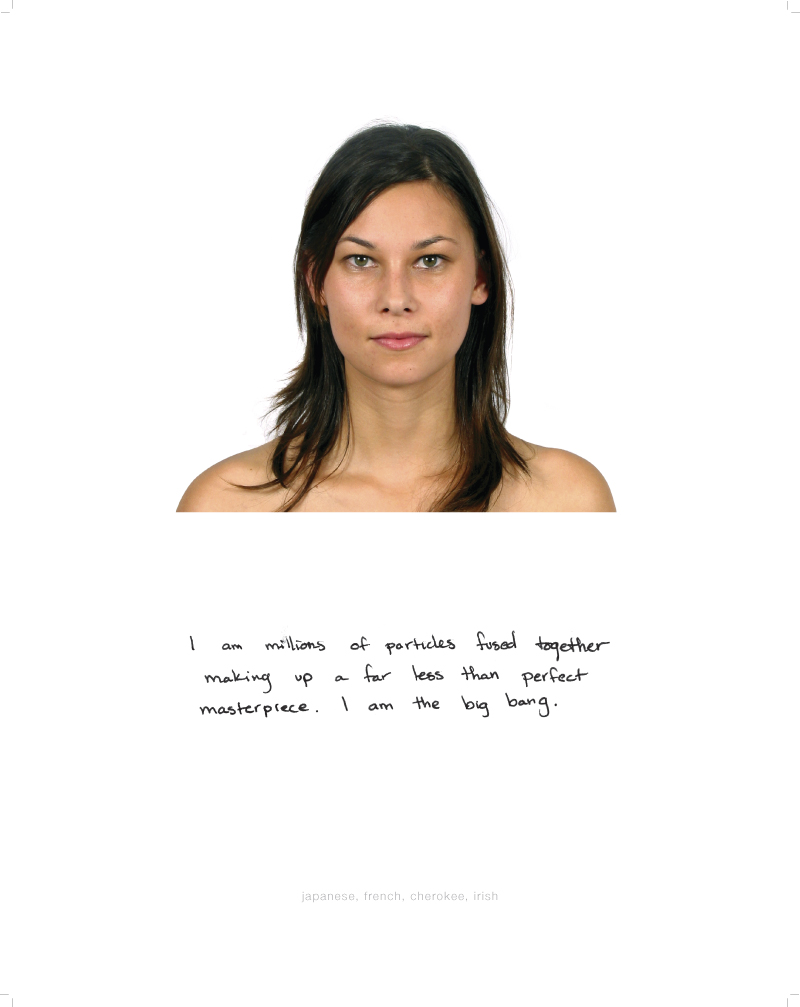 Originally a derogatory label derived from the Hawaiian word for half, the word Hapa has been embraced as a term of pride by many whose mixed-race heritage includes Asian or Pacific Rim ancestry. Fulbeck’s work seeks to address in words and images the one question that Hapa are frequently asked: “What are you?” By pairing portraits of Hapa—unadorned by make-up, jewelry, or clothing—with their handwritten statements on who they are, Fulbeck has produced powerful yet intimate expressions of beauty and identity.

kip fulbeck: part asian, 100% hapa is Fulbeck’s attempt to explore Hapa, who now number in the millions, and offers a complex perspective on the changing makeup of contemporary America.

This exhibition was first displayed at the Japanese American National Museum from June–October 2006.