LOS ANGELES, CA – The Japanese American National Museum (JANM) invites the public to view and sign the Ireichō, a sacred book that records—for the first time ever—the names of over 125,000 persons of Japanese ancestry who were unjustly imprisoned in US Army, Department of Justice, and War Relocation Authority camps during World War II, on Sunday, September 25, 2022, from 11 a.m.–5 p.m.

Visitors will be invited to view the names and use a special Japanese hanko (a stamp or seal) to leave a mark for each person in the Ireichō as a way to honor those incarcerated during World War II. Community participation will “activate” it and rectify the historical record by correcting misspelled names or revealing names that may have been omitted from the record. Timed-entry reservations to view the Ireichō can be made online. The Ireichō will be on display during museum hours starting Sunday, September 25, 2022, for one year.

This event is part of Irei: National Monument for the WWII Japanese American Incarceration, which addresses the erasure of the identities of individuals of Japanese ancestry who experienced wartime incarceration and expands the concept of what a monument is through three distinct, interlinking elements: a sacred book of names as a monument (Ireichō), a website as a monument (Ireizō), and light sculptures as monuments (Ireihi). The project is funded by the Mellon Foundation and led by Duncan Ryuken Williams, co-curator of Sutra and Bible: Faith and the Japanese American World War II Incarceration at JANM, professor of American Studies and Ethnicity, chair of the USC School of Religion, and director of the USC Shinso Ito Center for Japanese Religions and Culture.

“Behind each name are family stories and cultural heritage. When we recall Japanese American names from all of the confinement sites, we enliven and remember individuals who had their human dignity erased by our government,” said Williams.

In 2025, JANM will install a permanent large-scale Ireihi sculpture that replicates the dimensions of the Ireihi monument at the Manzanar concentration camp where 10,046 individuals of Japanese ancestry were incarcerated during World War ll. These will be linked to a series of smaller-scale Ireihis that will be installed at eight former incarceration sites.

“These powerful monuments will activate the public’s engagement with this history in new ways and will be an invaluable resource for anyone learning about the World War II incarceration of Japanese Americans. The public’s interaction with the Ireichō will be the first step to correct the historical record and ensure that it is accurate for future generations,” said Ann Burroughs, President and CEO.

About the USC Shinso Ito Center for Japanese Religions and Culture

The USC Shinso Ito Center for Japanese Religions and Culture promotes the study of Japan at USC. For more information, visit https://dornsife.usc.edu/cjrc/ or follow us on social media at @USCcjrc. 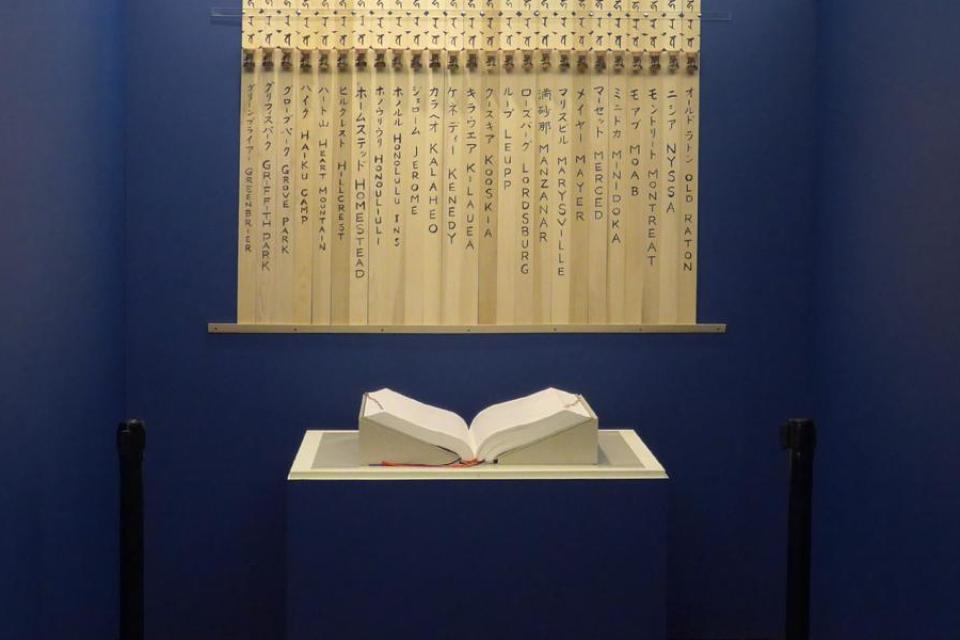 Irei: National Monument for the WWII Japanese American Incarceration is a multi-faceted project to address the erasure of the identities of individuals of Japanese ancestry who experienced wartime…