Exhibition to Open on November 19 at Museum

The Desire for Magic: Patrick Nagatani exhibition will open at the Japanese American National Museum on Saturday, November 19, 2011, presenting 30 years of varied work by artist Patrick Nagatani, including his collaborations, staged photographs, collages and multimedia pieces. Created by the University of New Mexico’s University Art Museum and curator Michele Penhall in 2008, Desire for Magic represents Nagatani’s wide range of themes including politics, popular culture, the post-nuclear world, and our fragile, ever-changing environment.

In the three-decade period beginning in 1978, Nagatani, like his works, has defied convention and labels. As an artist, he uses staged photography with carefully crafted props to become "a storyteller with images." He has utilized masking tape as a form of tactile painting for a series Nagatani calls "Tape-estries."

"My approach today dwells in an ironic state of middle ground," Nagatani explains. "Possibly one negative in our culture today is the attitude that things must be fact or fiction, good or bad, truth or lies, black or white, right or wrong, all or nothing, big or small, expensive or cheap, violent or docile, and so on. This kind of thinking leaves no room for magic and possibilities in creative endeavor that might be in the gray area or middle earth."

Influenced by his teacher and mentor from UCLA, Robert Heinecken, Nagatani in the mid-1970s chose to disregard "photographic truth" and to seek what he calls "the façade of representation." Once a model maker for a company that made sets for movies and television, Nagatani applied those skills to his staged photography in the manner of a film director. Every object within the image was chosen to help tell a story and induce questions from the viewers about the veracity of the scene.

Nuclear Enchantment represents Nagatani’s awareness of nuclear dilemmas, especially after he moved to New Mexico in 1987 to teach. The connections to New Mexico as an atomic bomb test site and to the atomic bombings of Hiroshima and Nagasaki at the end of World War II are evident in Nagatani’s works in his collaboration with poet Joel Weishaus.

This theme also relates to the Nagatani/Tracey Polaroid Collaboration. In 1983, Nagatani gained access to a 20 inch by 24 inch Polaroid camera for two days. He worked with painter Andr?e Tracey and they created a series of images, using themselves as actors, exploring the consequences of a nuclear episode.

For almost 30 years, Nagatani has been working on his Tape-estries series. Using an amazing variety of masking tape in various shades and transparencies, Nagatani takes found photographs and uses pieces of tape to create a more three-dimensional work of art. "The taping process is obsessive," he says. "It is done with precision and ardor. Masking tape is a simple material. The tearing and cutting parodies a variety of 'brush strokes.' Clarity often comes after a long session. More things are revealed to me after each session. Magic is a goal."

The exhibition also includes Nagatani’s Novellas, Ryoichi/Nagatani Excavations and Chromatherapy series. Having this exhibition installed at the Japanese American National Museum fulfills an important desire for the artist. "This is the place that my parents will come to see my work," Nagatani explained. "This is the place where it belongs."

Patrick Nagatani was born in Chicago, where his parents had met after both were incarcerated in government-run concentration camps during World War II. Eventually, the family moved to Los Angeles’s Crenshaw district in what was then a strong Japanese American enclave. He earned his Master of Fine Arts from UCLA, where he studied under renowned conceptual photographer Robert Heinecken. In 1987, he moved to New Mexico and taught photography for 20 years.

For 20 years, Nagatani was a top professor in the University of New Mexico’s distinguished photography program. After retiring in 2007, he is now enjoying a career as full-time artist. He is among New Mexico’s most important and innovative photographers, a rare artist who reinvents himself with each new body of work.

His work has been presented in one-person exhibitions at the Albuquerque Museum, the California Museum of Photography, the University of California, Riverside, CEPA Gallery, Buffalo, New York, Isla Center for the Arts at the University of Guam, Mangliao and at the Royal Photographic Society, Bath, England. 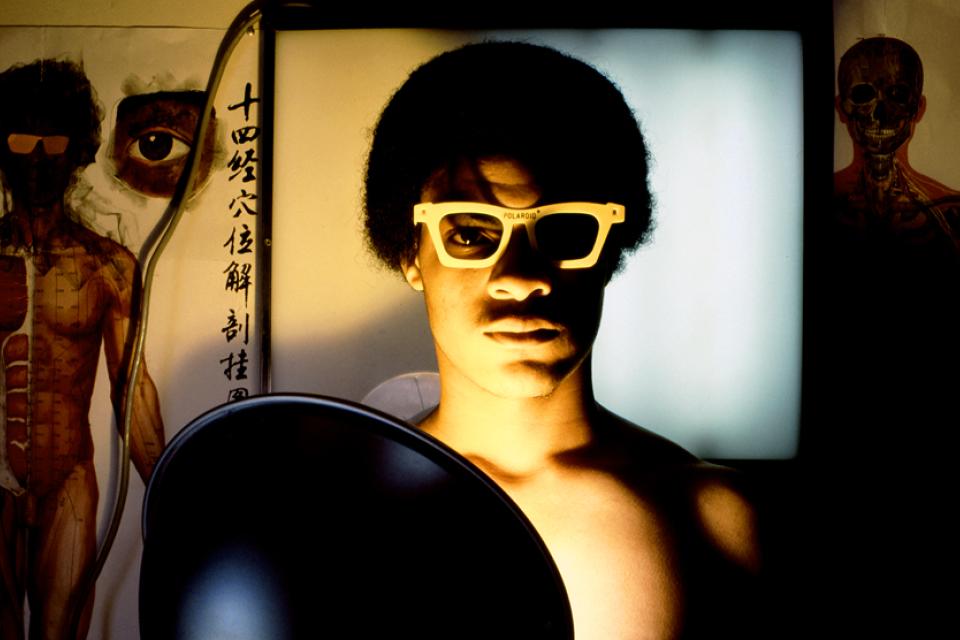 Created by the University of New Mexico’s University Art Museum, the Desire for Magic: Patrick Nagatani exhibition was conceived as the first comprehensive look at the many and varied projects the…