Two popular exhibitions are set to close this Sunday (September 14) at the Japanese American National Museum in downtown Los Angeles. Dodgers: Brotherhood of the Game and Perseverance: Japanese Tattoo Tradition in a Modern World have been on view since March; Perseverance set museum records during its opening weekend.

Dodgers: Brotherhood of the Game explores the team’s storied past through four players and a Hall of Fame manager, each of whom made history in his own right: Jackie Robinson, Fernando Valenzuela, Hideo Nomo, Chan Ho Park, and Tommy Lasorda. Former owners Walter O’Malley and Peter O’Malley are also prominently featured in the exhibition, which give visitors the opportunity to look beyond statistics and memorable performances on the field. Baseball fans and those new to the game are able to gain an understanding of the importance of these key individuals and the Dodgers’ role in shaping American culture, contributing to advancements in civil rights, and promoting baseball internationally.

In August, Nomo and Park each visited the exhibition. Nomo toured the gallery along with Lasorda and Peter O’Malley; O’Malley was also on hand when Park brought his wife and children to see the installation.

Perseverance: Japanese Tattoo Tradition in a Modern World explores the master craftsmanship and ongoing influence of traditional Japanese tattooing. The exhibition showcases both the splendor and the intricacy of modern tattooing while referencing the craft’s roots in ukiyo-e and other Japanese art forms. Master tattoo artist and author Takahiro Kitamura curated the exhibition; Kip Fulbeck designed the unique display and shot the photographs. Seven internationally acclaimed tattoo artists are featured, along with works by selected others.

Continuing on view is JANM’s core exhibition, Common Ground: The Heart of Community. It incorporates hundreds of objects, documents, and photographs collected by JANM to chronicle 130 years of Japanese American history. From the early days of the Issei pioneers though the World War II incarceration to the present, Common Ground is an important overview that embodies the museum’s mission to promote understanding and appreciation of America’s ethnic and cultural diversity by sharing the Japanese American experience.

JANM is located at 100 N. Central Ave., Los Angeles. Museum hours are Tuesday, Wednesday, Friday, Saturday, and Sunday from 11 a.m. to 5 p.m. and Thursday from noon to 8 p.m. General admission is $9 adults, $5 students and seniors, free for members and children under age five. Admission is free to everyone on Thursdays from 5 p.m. to 8 p.m. and every third Thursday of the month from noon to 8 p.m. Closed Monday, 4th of July, Thanksgiving, Christmas, and New Year’s Day. For more information visit janm.org or call 213.625.0414. 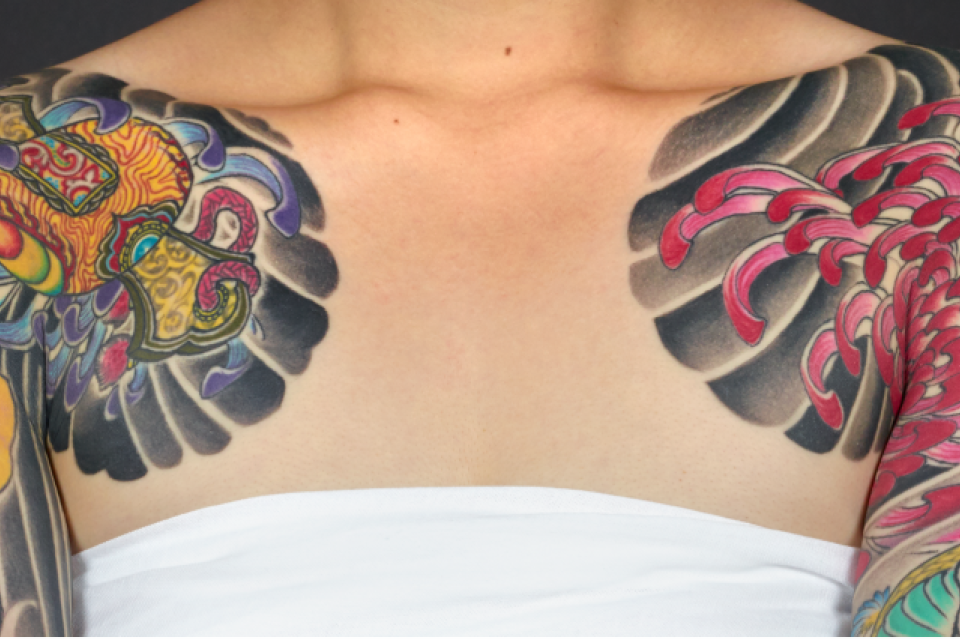 Perseverance: Japanese Tattoo Tradition in a Modern World explores the artistry of traditional Japanese tattoos along with its rich history and influence on modern tattoo practices in this…