Pioneering actor and passionate civil rights activist George Takei has donated his personal collection, which represents the many facets of his life and career, to the Japanese American National Museum. The collection will serve as the foundation of a new exhibition that will open at the museum in March 2017, titled New Frontiers: The Many Worlds of George Takei.

The George Takei Collection features a wide range of two- and three-dimensional artifacts that demonstrate the magnitude and breadth of Takei’s accomplishments. Included are photographs, correspondence, scripts, awards, campaign materials from his 1973 Los Angeles City Council bid, and one-of-a-kind artworks made by his legions of fans. Of special note are a sculpture made by Takei’s father while the family was incarcerated during World War II at the Rohwer concentration camp in Arkansas; the walking stick Takei carried on his ascent of Mount Fuji in Japan; the Olympic torch he carried in the lead-up to the 1984 Summer Olympic Games in Los Angeles; and the key to the city of Roanoke, Virginia. Takei traveled to Roanoke in 2015 to meet with its Mayor, David Bowers, after Bowers cited the use of Japanese American concentration camps to justify suspending the relocation of Syrian refugees to the city.

“It is an honor and a privilege for the Japanese American National Museum to be the repository of the George Takei Collection,” said the museum’s Interim President and CEO Ann Burroughs. “George is fearless in his stand against discrimination and injustice, and in his determination to take on the toughest social issues and protect the most vulnerable. He is an inspiration to the Japanese American community and to people across the world. He and his husband, Brad, have assiduously collected and saved important artifacts that bring to life his many remarkable achievements. We are proud to be the stewards of this collection and will ensure that they are protected and accessible in perpetuity.”

Takei has previously donated individual items to JANM but this contribution makes the George Takei Collection the museum’s largest collection about any one individual. Takei has been involved with JANM since its founding over thirty years ago. The volunteer center in the museum bears his name and he served as chair of the board of trustees from 2000 to 2004. JANM presented Takei with its Medal of Honor for Lifetime Achievement and Public Service, the museum’s highest honor, in 2015.

New Frontiers: The Many Worlds of George Takei will tap into the Takei Collection to present a comprehensive exploration of Takei’s life. The interactive, hands-on exhibition will feature numerous never-before-seen personal items through which visitors will learn not just about Takei but also about the constantly evolving fabric of America’s cultural identity, political outlook, social mores, and media landscape. The exhibition will open to the public at JANM on March 12, 2017, and remain on view through August 20. Author, journalist, and cultural critic Jeff Yang is curator of New Frontiers; additional details about the exhibition will be announced later.

The George Takei Collection at JANM is currently being processed by the museum’s collection unit staff. After processing, it will be available for scholarly research by appointment only.

Tatau: Marks of Polynesia
Through January 8, 2017
Tatau: Marks of Polynesia explores Samoan tattoo practice through photographs that showcase the work of traditional tatau masters alongside more contemporary manifestations of the art form. Curated by author and master tattoo artist Takahiro “Ryudaibori” Kitamura with photography by John Agcaoili, Tatau highlights the beauty of the Samoan tattoo tradition as well as its key role in the preservation and propagation of Samoan culture. 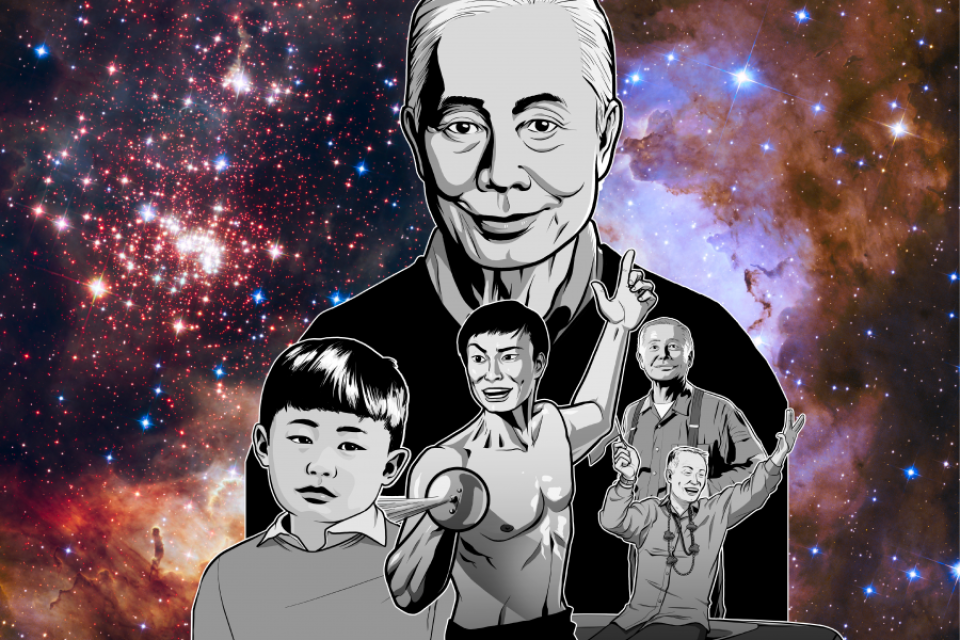