The Japanese American National Museum Will Launch the New Exhibition, Don’t Fence Me In: Coming of Age in America’s Concentration Camps, on March 4, 2023

LOS ANGELES, CA – The Japanese American National Museum (JANM) will open its new exhibition, Don’t Fence Me In: Coming of Age in America’s Concentration Camps, on Saturday, March 4, 2023. The exhibition will explore the experiences of Japanese American youth who asserted their place as young Americans confronting the injustice of being imprisoned in World War II concentration camps and embarking on the universal journey into adolescence. Don’t Fence Me In will be on view from March 4–October 1, 2023.

“Many World War II incarceration survivors–including our volunteers–were children and teenagers when they were incarcerated. Now they are in their seventies, eighties, and nineties, but their boundless energy and enthusiasm for sharing their own experiences, history, and lessons they learned in childhood continue to resonate with today’s generation and are essential to protecting our democracy and standing against anti-Asian hate, discrimination, and racial injustice,” said Ann Burroughs, President and CEO.

Through photographs, personal stories, and artifacts such as sports uniforms, musical instruments, and scout memorabilia, Don’t Fence Me In reveals the strength and ingenuity of young Americans who came of age in the War Relocation Authority camps and the Crystal City Department of Justice internment camp. From volunteer projects and camping trips to social dances, scout trips, and sports leagues, they drew upon their own resilience and creativity to forge friendships and community in the face of abrupt upheaval and wrongful imprisonment in their youth.

A companion book and four public programs will accompany Don’t Fence Me In. The companion book will feature essays and illustrations exploring the experiences of growing up in American concentration camps. The book will be available at janmstore.com.

“The uniqueness of Don’t Fence Me In lies in the history, personal stories, and artifacts that represent the complexities of growing up behind barbed wire. Coming of age for these young people was individual and universal, but it was also troubled by the reality that their experiences occurred in a time and place where their civil liberties were unjustly dismissed. While they continued to look for a sense of belonging long after so much was lost, they also helped rebuild a sense of community and at the same time, ensured that the harsh lessons from their past were taught to future generations,” said JANM Project Curator Emily Anderson.

Public Programming for Don’t Fence Me In will immerse audiences into the experience of being a young person in America’s concentration camps during World War II and the challenges of coming of age in a challenging environment. Check janm.org/events for the latest public program information. An audio tour of the exhibition will also be available on JANM’s free digital guide on Bloomberg Connects.

The Boy Scouts of Heart Mountain will join JANM for an intergenerational conversation on coming of age in a World War II concentration camp. The event will highlight a short film by Yuka Murakami that captured a moment at the 2019 Heart Mountain pilgrimage opening ceremony where 89-year-old Harumi “Bacon” Sakatani, who was a teenage incarceree and former Boy Scout during World War II, is adamant about raising the US flag alongside his fellow Boy Scouts. This program will also include a Gathering of Eagles, providing an opportunity for the community of Boy Scouts to come together in community and conversation (ticket details to be announced on janm.org).

The resilience of a community in struggle through dance is the focus of a multi-part, in-person program that will explore the impact of swing music and dance on youth in America’s concentration camps through personal storytelling, history, and dancing. At JANM, dance preservationist Rusty Frank will explore what it was like to be a young person making the best of a difficult situation through a conversation with World War II concentration camp survivors June Berk and Takayo Fischer, who met in Rohwer, Arkansas when they were ten years old. Following the conversation will be a swing dance with live music, a beginner dance lesson, and opportunities for all to join (ticket details to be announced on janm.org)!

During the summer of 2023, JANM will host two programs on storytelling. Telling Our Family Stories will guide participants through the process of sharing stories with each other. Let Me Be Myself: Coming of Age Throughout History will feature notable youth and leaders who will discuss the challenges of coming of age throughout US history while holding intersecting and marginalized identities (dates and ticket details to be announced on janm.org).

Don’t Fence Me In: Coming of Age in America’s Concentration Camps is funded, in part, by a grant from the U.S. Department of the Interior, National Parks Service, Japanese American Confinement Sites Grant Program; the Foundation for Stronger Communities; the State of California, administered by the California State Library; and the California Community Foundation. The Rafu Shimpo is the media sponsor.

Established in 1985, JANM promotes understanding and appreciation of America’s ethnic and cultural diversity by sharing the Japanese American experience. Located in the historic Little Tokyo district of downtown Los Angeles, JANM is a hybrid institution that straddles traditional museum categories and strives to provide a voice for Japanese Americans as well as a forum that enables all people to explore their own heritage and culture. Since opening to the public in 1992, JANM has presented over 70 exhibitions onsite while traveling 17 exhibits to venues such as the Smithsonian Institution and the Ellis Island Museum in the United States, and to several leading cultural museums in Japan and South America. JANM is open on Tuesday, Wednesday, and Friday–Sunday from 11 a.m.–5 p.m. and is free on Thursday from 12 p.m.–8 p.m. Starting in January 2023, JANM will be free every third Thursday of the month. On all other Thursdays, JANM will be free from 5 p.m.–8 p.m. For more information, visit janm.org or follow us on social media @jamuseum. 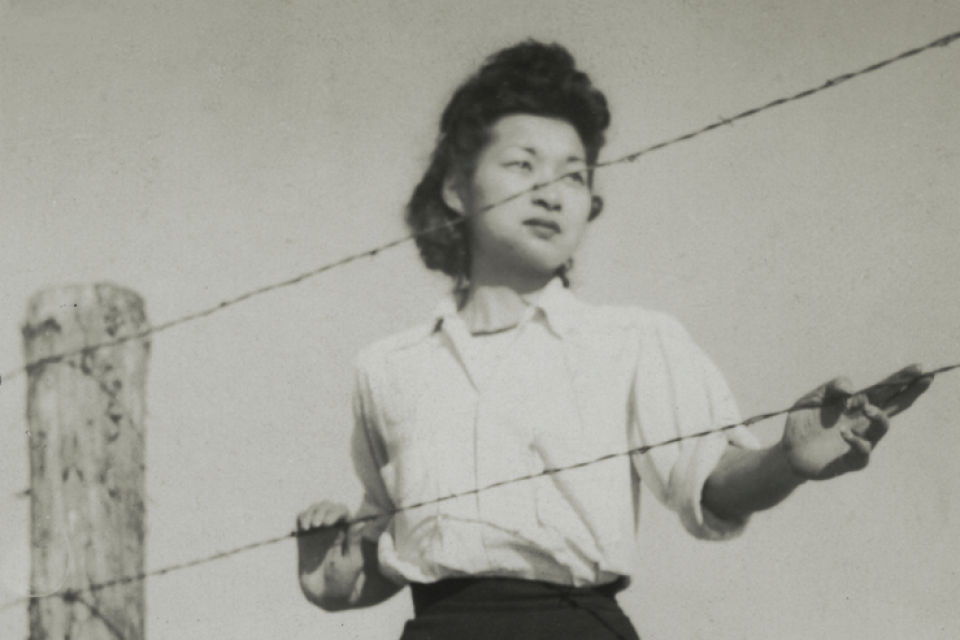 Don’t Fence Me In

Don’t Fence Me In: Coming of Age in America’s Concentration Camps explores the experiences of Japanese American youth who asserted their place as young Americans confronting the injustice of being…

Learn MoreDon’t Fence Me In
Previous