The widely-acclaimed traveling photographic exhibition, kip fulbeck: part asian, 100% hapa, organized by the Japanese American National Museum in Los Angeles, with the support, in part, by the James Irvine Foundation, will be installed at New York University’s Asian/Pacific/American Institute from March 10 to May 30.

The original exhibition, which opened in 2006 at the National Museum, featured 80 photographic portraits taken by award-winning filmmaker and artist Kip Fulbeck of multiracial individuals from around the country. The portraits featured unnamed subjects, all part Asian, from the collarbone up without make-up, jewelry or clothing in institutionalized poses with handwritten responses to the frequently asked question of all individuals of diverse racial backgrounds: "What are you?"

The term hapa is a Hawai`ian word meaning "half" or "portion." Used in the phrase hapa haole, it originally referred to people who were half Hawaiian and half Caucasian—usually in a derogatory way implying impurity. Over time, its pejorative connotation diminished and the word hapa came to be used both in Hawai’i and on the continent as an identifier for multiracial people of partial Asian/Pacific Islander ancestry. Fulbeck, whose heritage is Chinese, English and Irish, wanted to reclaim the term with positive overtones.

Kip Fulbeck has been making films and art about Hapa identity since 1990. Known as the nation's leading artist on the subject, he has spoken and exhibited his award-winning films, performance, and photography throughout the world, including PBS, the Whitney Museum of American Art Biennial, Singapore International Film Festival, Locarno International Film Festival, Los Angeles County Museum of Art, Bonn Videonale, the National Conference On Race in Higher Education, and the Honolulu Contemporary Arts Museum.

In the original installation, visitors had the opportunity to have their own Polaroid portraits taken along with their own responses to the question, "What are you?" These images and responses were displayed alongside Fulbeck’s portraits, providing an engaging perspective on the changing face of America today.

"The Japanese American National Museum is extremely pleased that kip fulbeck: part asian, 100% hapa is being installed at New York University’s Asian/Pacific/American Institute," said Akemi Kikumura Yano, National Museum CEO. "This exhibition drew many new visitors to our Museum in 2006 and it definitely provided an opportunity for many individuals to share their feelings of identity. We expect a similar reaction in New York City."

This exhibition was a component of the National Museum’s efforts to reach out to new audiences under a three-year James Irvine Foundation grant to examine how culturally specific arts organizations can better embrace and serve a society that is increasingly comprised of individuals of mixed ethnic or cultural heritage. Through similar programs along with surveys and community forums, the National Museum is compiling findings and identifying best practices with the intent of sharing the information with other nonprofit organizations.

New York University’s Asian/Pacific/American Institute is the first to host the traveling version of kip fulbeck: part asian, 100% hapa. Prior to the opening of the exhibition, NYU students, faculty and passers-by have had a sneak preview in the windows of the Kimmel Student Center at West 3rd Street and LaGuardia Place where fabric banners with reproductions of the images were displayed through February.

kip fulbeck: part asian, 100% hapa will be on display at the Asian/Pacific/American Institute’s 7th Floor Gallery at New York University, 41-51 E. 11th Street, in New York. This exhibition is organized by the Japanese American National Museum and is supported, in part, by the James Irvine Foundation, and by DiscoverNikkei.org, a multilingual Web site designed to enable people of Japanese ancestry to learn about and share their varied histories. For more information on the New York University showing of kip fulbeck, call the Asian/Pacific/American Institute at (212) 998-3700.

This show is available to other institutions for display. To inquire, contact the Japanese American National Museum at (213) 625-0414. 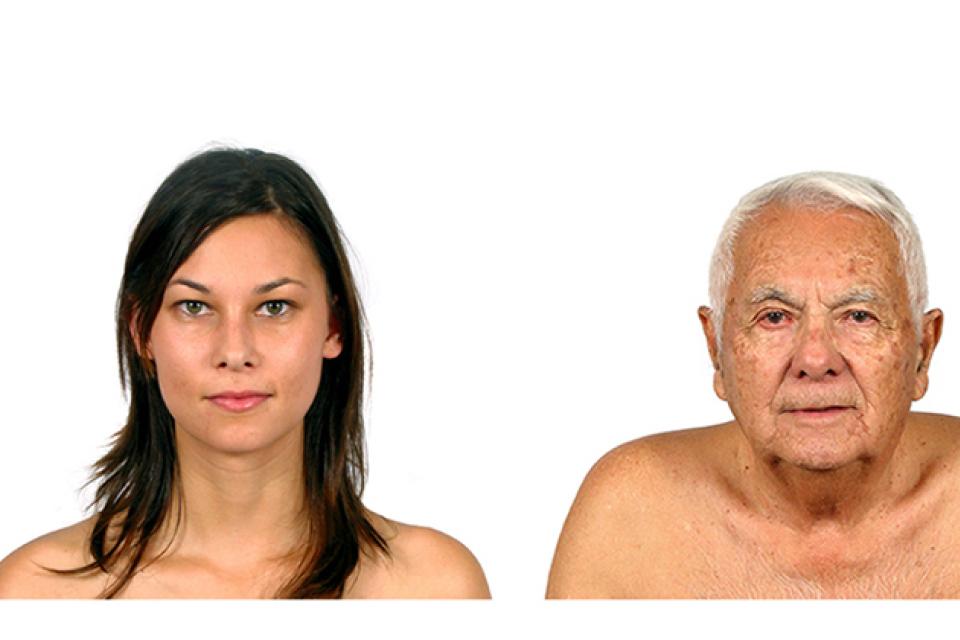