"TATAU" EXHIBITION TO MAKE ITS MARK AT JANM

The Japanese American National Museum will present Tatau: Marks of Polynesia, a photographic exploration of Samoan tattoo practice, from July 30, 2016, to January 8, 2017. Tatau explores the beauty of Samoan tattoos as well as the key role they play in the preservation and propagation of Samoan culture. Through photographs taken in the studio and on location in Samoa and elsewhere, the exhibition showcases the work of traditional Samoan tattoo masters alongside that of younger practitioners working within and influenced by the tradition today.

The opening day of the exhibition will include live tattoo demonstrations by several of the featured artists, lectures by exhibition curator Takahiro “Ryudaibori” Kitamura and others involved in organizing Tatau, and signings of the full-color catalog that accompanies the exhibition. All opening day activities will be included in museum admission, though space for some is limited.

Samoa’s tatau, along with Japan’s irezumi, is one of the world’s most distinctive living tattoo traditions. An indigenous art form with a continuous history that dates back 2,000 years, tatau has played a pivotal role in the preservation and propagation of Samoan culture, surviving many attempts at eradication. In Samoa, tufuga tā tatau (master tattoo artists) are accorded high status in society, and acquiring tatau is considered a powerful affirmation of national identity, particularly for young men, for whom it is an important rite of passage. Tatau motifs and symbols are also being adapted by younger artists for new media and art forms. Both the traditional tattoo and its more contemporary manifestations have helped to create and affirm identity for new generations of Polynesians and others living outside of Samoa.

Kitamura is the master tattoo artist and author who previously curated the exhibition Perseverance: Japanese Tattoo Tradition in a Modern World, which originated at JANM in 2014. Perseverance is now traveling and currently on view at Middlebury College Museum of Art in Vermont. For Tatau, Kitamura has collaborated with photographer John Agcaoili; Sulu‘ape Steve Looney and Danielle Steffany-Looney of Pacific Soul Tattoo in Hawai‘i; Sean Mallon, author and Senior Curator of Pacific Cultures at the Museum of New Zealand Te Papa Tongarewa; and Sulu‘ape Si‘i Liufau of A-Town Tattoo.

Above the Fold: New Expressions in Origami
Through August 21, 2016
With this inventive exhibition, the traditional Japanese art of origami—folding paper into three-dimensional figures—is transformed from a childhood pastime into a sophisticated international art form. Nine contemporary artists, working in six different countries and ranging in age from 29 to 71, present a bold and innovative group of folded-paper works that include sculpture, large-scale installation, and conceptual pieces. Above the Fold is curated by Meher McArthur and toured by International Arts & Artists, Washington, DC. 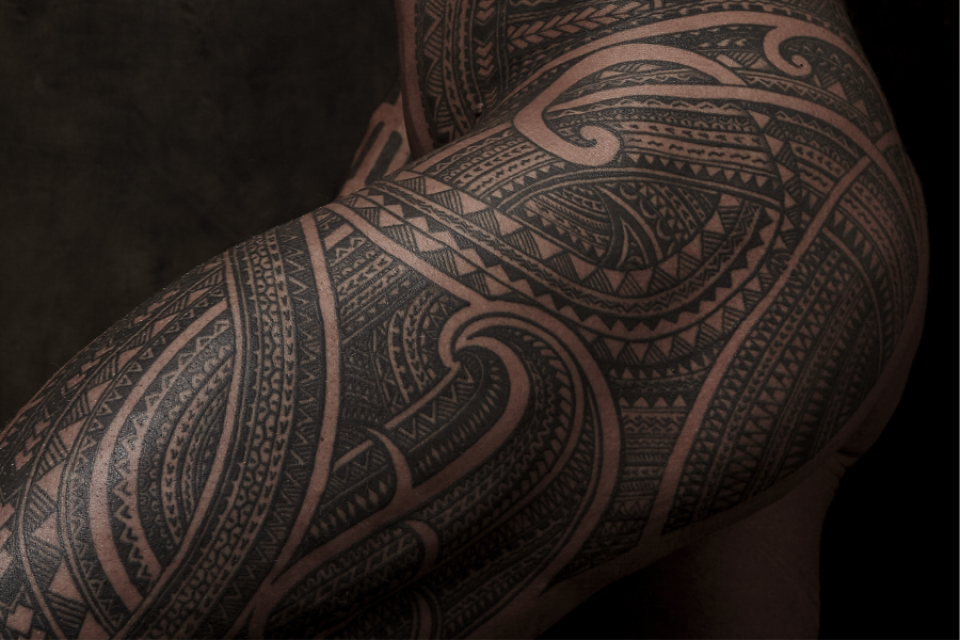 Tatau: Marks of Polynesia explores the beauty of Samoan tattoos as well as the key role they play in the preservation and propagation of Samoan culture. Through photographs taken in the studio…