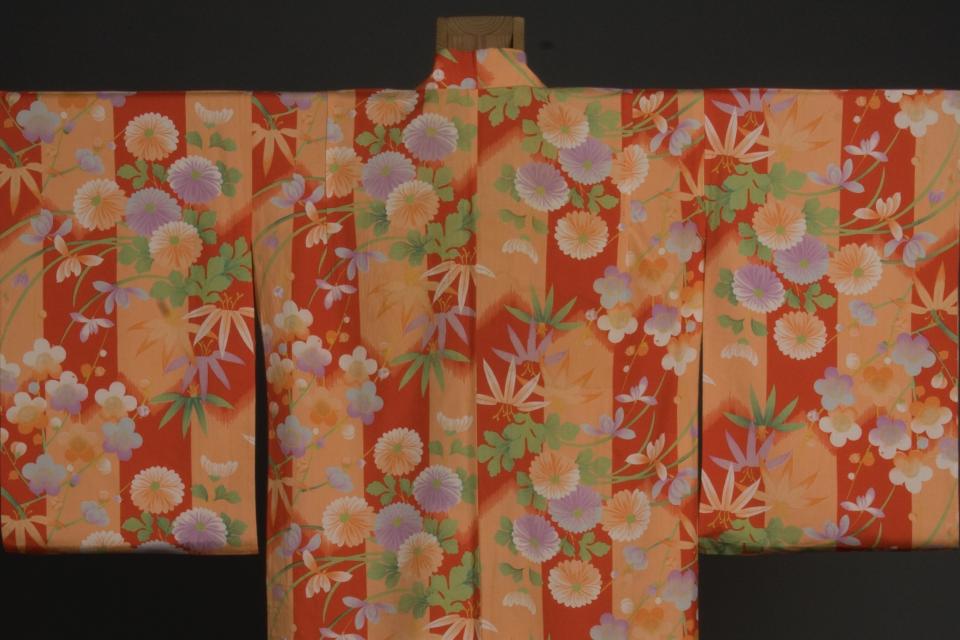 (92.12, 94.275, 97.263, 99.235, 2004.1, 2006.166, 2008.95) This online collection of textiles and other artifacts from late 19th century through the 20th century was gathered by author and scholar Barbara Kawakami primarily in Hawaii. It is the most significant collection of Issei (first generation Japanese) immigration and plantation clothing in the world. A sample of the collection is currently available online with further additions in the near future.

Hawaii-based author, expert storyteller and scholar on Japanese immigrant clothing Barbara Kawakami (1921- ) was born in Okkogamura, Kumamoto, Japan and raised from infancy on Oahu Sugar Plantation in Waipahu, Hawaii. Like many Nisei (second generation Japanese American) children who grew up on a plantation, Kawakami's education ended in the eighth grade out of economic necessity and she became a dressmaker for thirty-eight years. After passing the General Equivalency Diploma (GED) exam in Honolulu, Kawakami went on to receive a B.S. in textile and clothing and a M.A. in Asian Studies after the age of fifty.

During the course of her research on Japanese immigrants to Hawaii in her senior year at the University of Hawaii at Manoa, Kawakami discovered a lack of information about clothing worn by immigrants on the plantations. She began conducting interviews in the summer of 1979 and collecting rare samples of clothing and photographs. Her plantation background served her well in creating a rapport with Issei and others who had lived in a plantation setting. Over roughly fifteen years, she recorded over 250 interviews with the aging Issei, many of them picture brides, capturing their memories of the struggles of immigration and the harsh conditions of working and living on the plantation and linking their stories directly to the clothing they crafted and wore. She is a published author and continues to write and lecture.

The survey, photography and cataloging of the artifacts in the online Kawakami Collection was supported in part by a generous award from the National Endowment for the Arts.

Items in this collection were featured in the exhibition Textured Lives: Japanese Immigrant Clothing from the Plantations of Hawai`i, which was on display at JANM February 28 – August 22, 2010.

Documentaries produced for the Textured Lives exhibition are available on this DVD at the JANM Store.

Watch video clips from an interview with Barbara Kawakami on DiscoverNikkei.org.