LOS ANGELES – The Japanese American National Museum (JANM) is opening a new exhibition on July 9 that brings to life the diary, artwork, and letters of a Japanese American teenager in the early 1940s whose family in Los Angeles was imprisoned by the U.S government during World War II.

“A Life in Pieces: The Diary and Letters of Stanley Hayami” highlights the young teen’s life at Heart Mountain concentration camp in Wyoming, and his WWII letters as a soldier in the U.S. Army’s 442nd Regimental Combat Team, the segregated, Japanese American unit that would become the most decorated unit in U.S. history for its size and length of service.

The exhibit’s immersive feature is a 360-degree video that can be viewed on a smartphone or mobile device. “A Life in Pieces” also will display Hayami’s artwork, journal entries, and letters; all of these artifacts were donated to JANM by his family. Timed, reserved tickets to the exhibit are required at janm.org/visit.

This immersive exhibit experience was created by Nonny de la Peña of Emblematic Group, a producer of virtual, augmented and mixed reality; and Sharon Yamato in collaboration with the Museum. It debuted at Tribeca 2021 in New York on June 9.

“By bringing Stanley Hayami’s writings and artwork to life with this immersive experience, more Americans can learn about the tragic consequences of wartime hysteria and discrimination against Japanese Americans,” said Clement Hanami, VP of Programs and Art Director, of the Japanese American National Museum. “The poignant history of Hayami’s short life is an urgent reminder of the fragility of democracy and civil rights. Time and again, JANM has witnessed the past become an unfortunate prologue to new episodes of racism.”

Hayami was an ordinary American teenager at Mark Keppel High School in Alhambra, Calif., journaling about his dreams of becoming an artist or a writer. But this is 1942, and his Japanese American family is forcibly removed from their home and taken to Heart Mountain. The fear and hysteria of World War II led to 120,000 people of Japanese ancestry—most of them American citizens—to be held in remote U.S. concentration camps.

Hayami’s words and sketches are a window into his everyday life and feelings. He opens up about his family’s incarceration, the military draft, and the importance of serving his country. In 1944, Hayami was drafted into the 442nd Regimental Combat Team. His letters home to his family reveal the hardships from the European front lines, while also keeping a positive outlook, so as not to worry his parents.

“A Life in Pieces: The Diary and Letters of Stanley Hayami” was generously sponsored by:

The Rafu Shimpo is the media sponsor.

JANM will continue to provide expanded online events, content and tours that were enhanced during the pandemic closure:

Nonny de la Peña, the “Godmother of virtual reality” and head of Emblematic Group, uses cutting-edge technologies to tell stories – both fictional and news-based – that create intense, empathic engagement on the part of viewers. She pioneered walk-around virtual reality, now known as the field of immersive journalism, with the first ever VR documentary, Hunger in Los Angeles, which premiered at the Sundance Film Festival in 2012. Moreover, Use of Force, her immersive documentary experience that puts the viewer on scene when migrant Anastasio Hernandez Rojas was killed by border patrol on the U.S./Mexico border in 2010, was the first ever virtual reality piece showcased at a Tribeca Film Festival in 2014.
Media contact: Dan Brower, dan@emblematicgroup.com, 262-325-1124

Sharon Yamato is a writer/filmmaker who wrote, produced and directed Out of Infamy: Michi Nishiura Weglyn; A Flicker in Eternity, based on the diary and letters of WWII veteran Stanley Hayami; and Moving Walls, a story about what happened to the barracks at the Heart Mountain concentration camp. She is the author of the accompanying book, Moving Walls: Preserving the Barracks of America’s Concentration Camps, and co-author of Jive Bomber: A Sentimental Journey, a memoir of Bruce T. Kaji, the founding president of the Japanese American National Museum. She is currently writing and directing a documentary on civil rights activist and attorney Wayne Collins, who helped restore U.S. citizenship to more than 5,000 Japanese American renunciants during WWII.

Kurt Kanazawa is a Los Angeles native. A Juilliard School, Columbia University, and Harvard-Westlake graduate, Kurt plays the title role of Stanley Hayami in A Life in Pieces: The Diary and Letters of Stanley Hayami. Kurt's first acting gig was on the Italian drama series Provaci ancora Prof! (Rai 1) while living in Milan. He has also appeared on Grey’s Anatomy. Formerly, he was an award-winning opera singer featured in The New York Times and Time Magazine. Kurt is fluent in five languages (English, Japanese, French, Italian, and Spanish) and has also worked as a narrator or director on 50+ audiobook titles. Notably, Kurt's grandmother, Shimeji Ryusaki Kanazawa, is known as "The Florence Nightingale of Hawaii" for her efforts during WWII. 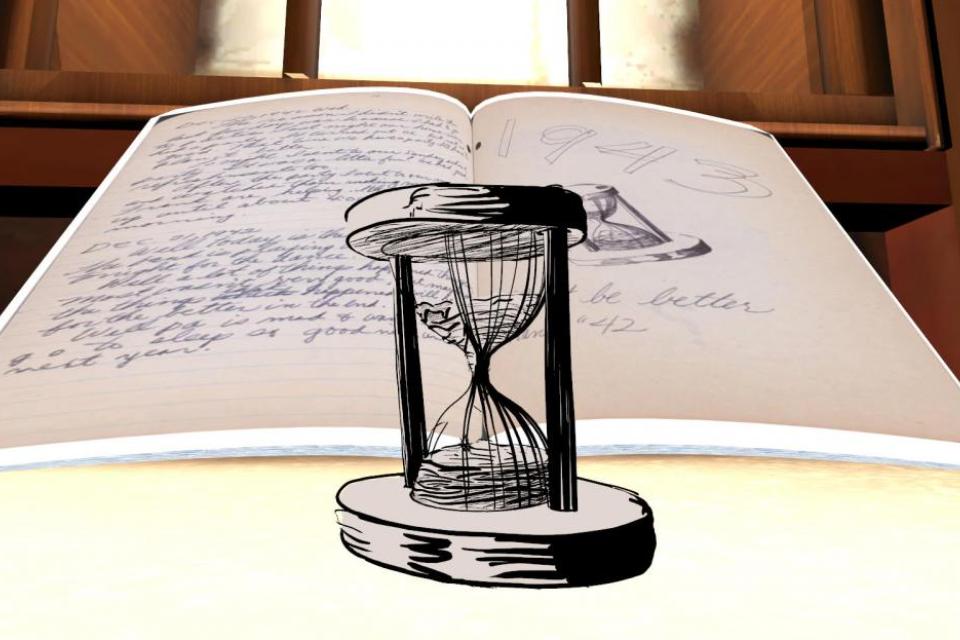 A Life in Pieces

A Los Angeles native, Stanley Hayami is an ordinary American teenager from Mark Keppel High School in Alhambra writing in his journal about school and his dreams of becoming an artist or writer. But…