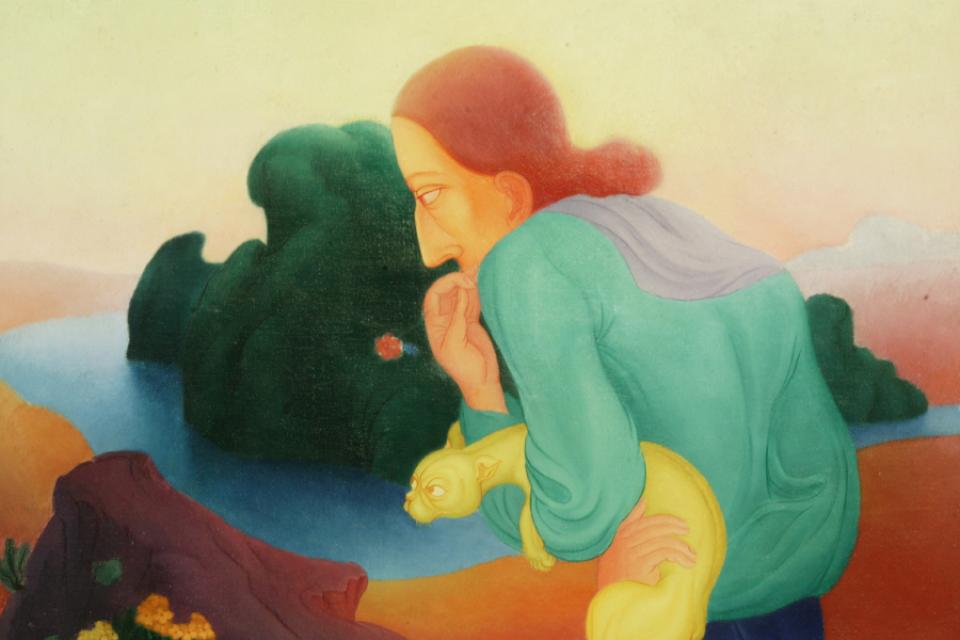 (2003.159, 2005.3) The online collection of artist Benji Okubo (1904-1975) features sixteen paintings dating from Okubo's prolific period of the late 1920s to the mid-1940s, including several works created in Heart Mountain concentration camp, Wyoming. While Okubo's pre-war pieces demonstrate a unique blend of color juxtaposition and surrealism, his works completed in camp are notable for their commentary on militarism, isolation and political upheaval fused with a mythic sensibility.

Born and raised in Riverside, California in 1904, Benji Okubo moved to Los Angeles in 1928 to attend Otis Art Institute. He was also an active member and leader of the Los Angeles Student Art Institute where he became a student and then colleague of Stanton MacDonald-Wright. Incarcerated in 1942 in Heart Mountain for the duration of the war, Okubo continued to paint and to teach art classes to fellow inmates. With fellow artist Hideo Date, Okubo also mounted what is believed to be the last show of the influential Art Institute. After the war, Okubo returned to Los Angeles with his wife, Chisato, and supported his family as a successful landscape architect. While Okubo continued to paint, his professional career in art did not resume its pre-war level of activity and recognition.