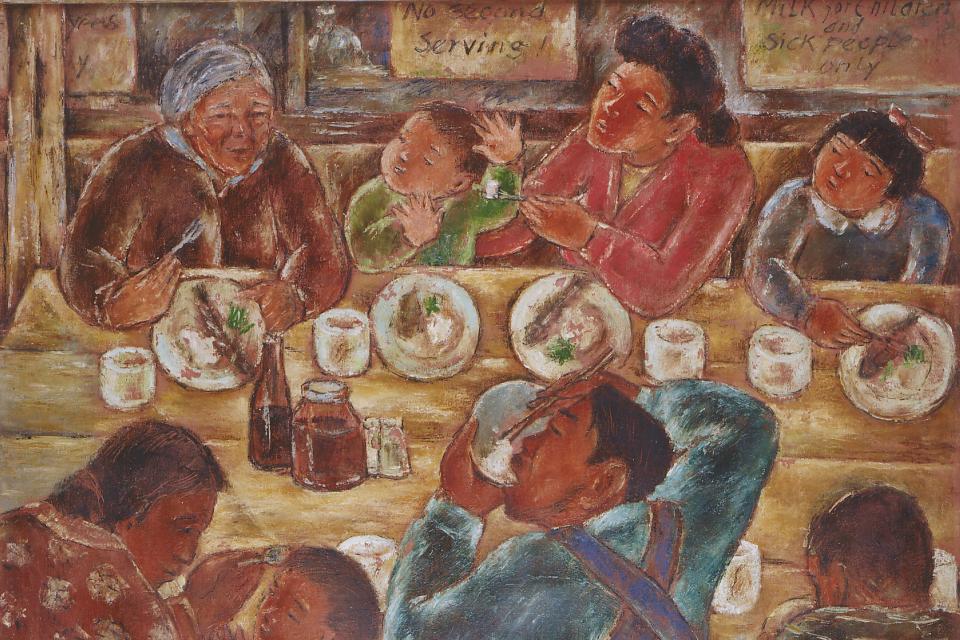 (92.97) The online collection of Henry Sugimoto (1900-1990) includes 137 paintings dating from the 1930s to the 1950s. Sugimoto's works depict Arkansas, California, New York, Mexico, and France. His paintings of Fresno detention center in central California and Jerome and Rohwer concentration camps in Arkansas illustrate clearly his feelings about the wartime incarceration.

Items in this collection were featured in the exhibition Henry Sugimoto: Painting an American Experience, which was on display at JANM March 24 - October 7, 2001.