The exhibition was sponsored by the nonprofit Japanese American Stories in conjunction with JANM using StoryFile Inc. technology. The new exhibition was featured Sunday, November 28 in a special hour-long primetime edition of CBS Sunday Morning "Forever Young: Searching For The Fountain Of Youth."

“Using StoryFile’s artificial intelligence (AI) algorithm, visitors at JANM are now able to have a conversation with Lawson: ask him about his life experiences, passions, family, or even his favorite foods,” said Cole Kawana, founder of the nonprofit Japanese American Stories.  “Now, generations to come can continue to talk with Lawson and learn from his legacy.”

Kawana conceived the project and raised funds, while working with JANM and StoryFile to conduct Sakai’s extensive interviews captured with specialized filming. Sakai, a decorated member of the famed 442nd Regimental Combat Team, one of the most decorated units in U.S. military history, and the founder of the Friends and Family Nisei Veterans (FFNV), passed away in 2020 at age 96.

More than 1,000 questions were asked of Sakai over five days of filming. Capturing Sakai’s oral history preserves a remarkable life – Sakai received four Purple Heart medals and a Bronze Star, having participated in all major campaigns of the 442nd RCT, including the liberation of Bruyeres, France; rescue of the "Lost Battalion" in France; and breaking of the Gothic Line in Italy.

The interviews were filmed using StoryFile’s “capture technology” with 27 different cameras, positioned around Sakai for a 360-degree view. This special filming technique will allow the video to be projected as a holographic exhibit in the future. Currently, the Sakai JANM exhibition is presented on a lifesize screen.

StoryFile’s AI-powered conversational video technology gives visitors the ability to engage with someone that is not actually present. It allows a visitor to ask Sakai a question, observe him as he considers the question, come up with the answer, and reveal his emotions as he tells his story.

Kawana, 23, is Founder and President of Japanese American Stories, a nonprofit he created in 2019 to produce oral histories of the Japanese American WWII experience. His interest in this field started as a youngster, and continued as he watched his parents, Yuji and Ellen Kawana, support JANM. His grandparents, Richard Murakami and Masako Koga Murakami, are dedicated longtime volunteers.

Kawana later volunteered and learned more about oral history at the USC Shoah Foundation at the University of Southern California. Kawana realized that many others don’t have the chance for one-on-one interactions with important elderly Japanese Americans and their history. Kawana holds a B.S. in Mechanical Engineering from USC.

StoryFile has previously created projects with survivors of 9/11, astronauts, the last living witnesses of the Tulsa Massacre and William Shatner. The Los Angeles-based startup recently launched StoryFile Life, a new at-home platform that empowers anyone to use AI-powered conversation video.

About StoryFile Inc.
StoryFile Inc. was founded in 2017 and uses AI, AR, VR, and its proprietary innovative technology to create and inspire human connections across generations to connect the past, present, and future. StoryFile developed the world’s first conversational video interactive platform that gives the storyteller the opportunity to tell their narrative and experiences in their own words.  For more information, visit StoryFile.com or follow us on social media @StoryFile.

About JANM
Established in 1985, JANM promotes understanding and appreciation of America’s ethnic and cultural diversity by sharing the Japanese American experience. Located in the historic Little Tokyo district of downtown Los Angeles, JANM is a hybrid institution that straddles traditional museum categories and strives to provide a voice for Japanese Americans as well as a forum that enables all people to explore their own heritage and culture. Since opening to the public in 1992, JANM has presented over 70 exhibitions onsite while traveling 17 exhibits to venues such as the Smithsonian Institution and the Ellis Island Museum in the United States, and to several leading cultural museums in Japan and South America. For more information, visit janm.org or follow us on social media @jamuseum. 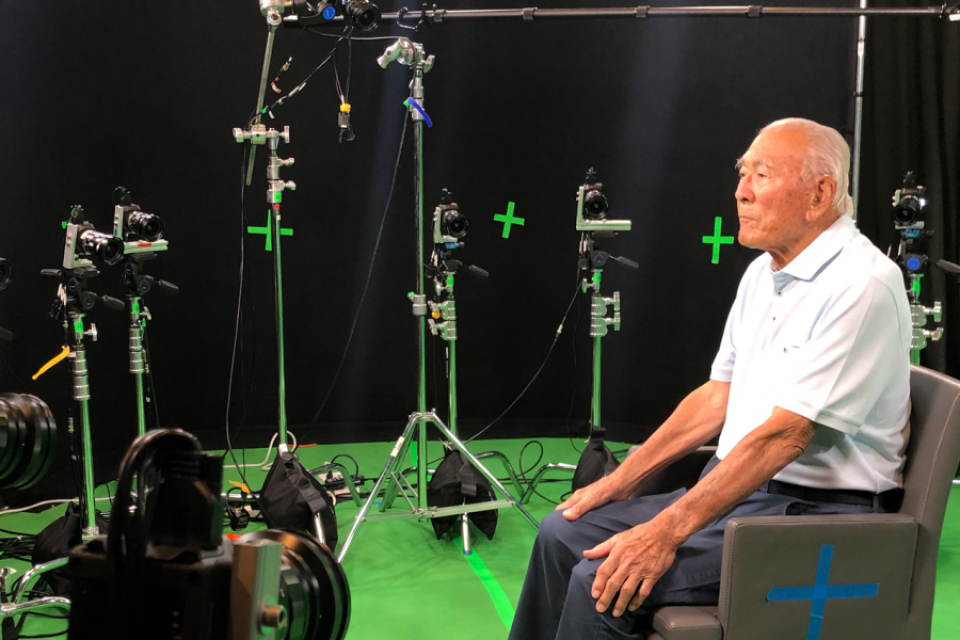