Curated by Asian Pop columnist Jeff Yang, this exhibition is a unique and fascinating look at how the images and characters of Asians and Asian Americans featured in comic books during times of war and unrest coalesced into archetypes that still remain today.

The exhibition also contains elements designed to encourage direct engagement with the archetypes, such as life-size cutouts of the eight archetypes that allow visitors to put themselves “inside the image” and an installation called “Shades of Yellow” that matches the shades used for Asian skin tones in the comics with their garish yellow Pantone™.

Marvels & Monsters ends with a library of present-day graphic novels by Asian American creators and an area where visitors can color original heroes designed by Bernard Chang (Supergirl) and Jef Castro and Jerry Ma (Secret Identities).

A free preview reception for Marvels & Monsters will be hosted by the JANM Young Professionals Network on Thursday, October 10 from 6:00 p.m. to 9:30 p.m. The preview reception will debut original monologues and short performances in a special showcase. These winning pieces will commemorate the National Museum’s West Coast premiere of Marvels & Monsters by rethinking, subverting, deconstructing, or satirizing the eight Asian pop culture archetypes depicted in this exhibition.

Public programs that accompany our newest exhibition include a comics-themed Target Free Family Saturdays event on October 12, which will celebrate the opening of Marvels & Monsters. On October 19, Lela Lee, author and artist of the comic book series Angry Little Girls, will discuss her comics and their impact on Asian Americans and beyond.

Marvels & Monsters is a collaboration between the Asian/Pacific/American Institute at NYU and the NYU Fales Library & Special Collections.

About Jeff Yang, Curator
Jeff Yang began reading and collecting comics at the age of eight, and hasn’t allowed distractions like adulthood, marriage, and fatherhood to deter him since. He writes the "Tao Jones" column for the Wall Street Journal and previously wrote the column "Asian Pop" for the San Francisco Chronicle. He penned a series of acclaimed and bestselling books—Secret Identities: The Asian American Superhero Anthology (the seminal graphic novel collection); Eastern Standard Time; I Am Jackie Chan: My Life in Action (the action icon’s official autobiography); and Once Upon a Time in China. He began his career as founding editor and publisher of the pioneering Asian American periodical A. Magazine and as a cultural critic for New York’s alternative weekly the Village Voice. He can frequently be heard as a contributor on NPR’s Tell Me More, PRI’s The Takeaway, and other public radio programs. He, his wife Heather, and his sons Hudson and Skyler live in Brooklyn, New York. His column can be found at http://blogs.wsj.com/speakeasy/tag/tao-jones/.

About Asian/Pacific/American Institute at NYU
The A/P/A Institute at NYU has produced programming, publications, exhibitions, new research, and a long-running artist-in-residence program, attracting leading academics and practitioners. The multiple archival collection initiatives, including the recently completed acquisition of the Jack G. Shaheen Archive, Yoshio Kishi/Irene Yah Ling Sun Collection, and the William F. Wu collection to the NYU Fales Library & Special Collections spearheaded by the A/P/A Institute have also continued to build a foundation of, and preservation and access to, important historical documents and previously overlooked materials for present and future researchers and students. The A/P/A Institute at NYU serves the community with public programs based off research, cultural production, and scholarship on contemporary issues facing Asian/Pacific American communities and discourse. Through public programs, publications, and other resources, the A/P/A Institute establishes forums for dialogue and interaction between socio-cultural influencers and producers, the academy and the public. www.apa.nyu.edu

About the NYU Fales Library & Special Collections
The Fales Library & Special Collections, comprising nearly 225,000 volumes, and over 10,000 linear feet of archive and manuscript materials, houses the Fales Collection of rare books and manuscripts in English and American literature, the Downtown Collection, the Food and Cookery Collection, and the general Special Collections of the NYU Libraries. The Fales Collection was given to NYU in 1957 by DeCoursey Fales in memory of his father, Haliburton Fales. It is especially strong in English literature from the middle of the 18th century to the present, documenting developments in the novel. The Downtown Collection documents the downtown New York art, performance, and literary scenes from 1975 to the present and is extremely rich in archival holdings, including extensive film and video objects. The Food and Cookery Collection is a vast and rapidly expanding collection of books and manuscripts documenting food and foodways with particular emphasis on New York City. Other strengths of the collection include the Berol Collection of Lewis Carroll Materials, the Robert Frost Library, the Kaplan and Rosenthal Collections of Judaica and Hebraica, and the manuscript collections of Elizabeth Robins and Erich Maria Remarque. The Fales Library preserves manuscripts and original editions of books that are rare or important not only because of their texts, but also because of their value as artifacts. www.nyu.edu/library/bobst/research/fales

About the Japanese American National Museum
The Japanese American National Museum is dedicated to fostering greater understanding and appreciation for America’s ethnic and cultural diversity by preserving and telling the stories of Americans of Japanese ancestry. Since its incorporation in 1985, the National Museum has grown into an internationally recognized institution, presenting award-winning exhibitions, groundbreaking traveling exhibits, educational public programs, innovative video documentaries, and cutting-edge curriculum guides. www.janm.org

General Information
The Japanese American National Museum is located at 100 North Central Avenue in historic Little Tokyo in downtown Los Angeles. For more information, call 213.625.0414, or visit janm.org. Museum hours are Tuesday, Wednesday, Friday, Saturday, and Sunday from 11:00 a.m. to 5:00 p.m. and Thursday from noon to 8:00 p.m. Admission is $9.00 for adults, $5.00 for seniors; $5.00 for students and children; FREE for Museum members and children under age six. Admission is FREE to everyone on Thursdays from 5:00 p.m. to 8:00 p.m. and every third Thursday of the month from noon to 8:00 p.m. Closed Mondays, 4th of July, Thanksgiving, Christmas, and New Year’s Day. 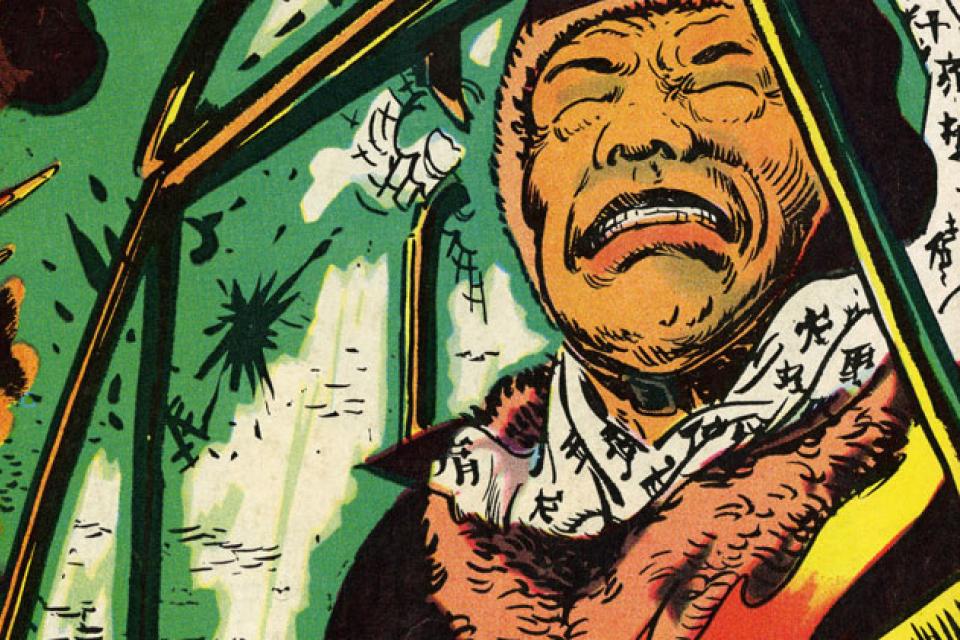