Los Angeles, CA—Gambatte! Legacy of an Enduring Spirit, going on view at the Japanese American National Museum on November 17, 2018, presents large-format contemporary photos taken by Pulitzer Prize-winning photojournalist Paul Kitagaki Jr. next to images shot 75 years ago by such noted photographers as Dorothea Lange, Ansel Adams, and others. Each pairing features the same individuals or their direct descendants as the subject matter and brings to light the stories of Japanese Americans who were forcibly incarcerated during World War II. Inspired by the Japanese concept of gambatte—to triumph over adversity—the exhibition chronicles the strength and legacy of a generation of Japanese Americans who persevered over unimaginable hardship. The exhibition will remain on view through April 28, 2019, and is included in regular museum admission.

On February 19, 1942, President Franklin D. Roosevelt issued Executive Order 9066, which allowed for the designation of military areas “from which any or all persons may be excluded.” Just days later, two such areas were designated. The United States government then established the War Relocation Authority (WRA) to manage the forced removal and incarceration of 120,000 Japanese Americans, and during the WRA’s existence, it commissioned photographers—Dorothea Lange, Clem Albers, Tom Parker, Francis Stewart, and others—to document the treatment of these Americans during the process of forced removal, at assembly centers, and at America’s concentration camps.

In the late 1970s, Kitagaki learned that Lange had photographed his family in 1942 as they waited for a bus in Oakland, California, to take them to the Tanforan Assembly Center, a designated detention facility at the time. Since this discovery, Kitagaki has been on a mission to identify, seek out, and document other individuals captured in WRA-era photographs.

“As I examined Lange’s work, I realized that every photograph represented an untold story that was quietly buried in the past,” said Kitagaki. “I had many questions and few answers. Most importantly, I wanted to know how Executive Order 9066 forever changed the lives of these incarcerees who unjustly lost their homes, businesses, and sometimes, their families.”

To date, Kitagaki has created contemporary images of more than 60 individuals initially photographed by WRA staff and others. In homage to his predecessors, Kitagaki uses a 4" x 5" camera, similar to the equipment used by photographers in the 1940s, with black-and-white film. Illuminating a very dark time in American history as well as the legacy of its survivors, these large-format images tell personal and heartfelt stories that should not be forgotten. While Japanese American incarceration occurred more than 75 years ago, current events and contemporary political rhetoric demonstrate that racism and prejudice still exist. The stories told in this exhibition may be more relevant now than ever.

For more information about Gambatte! and related programming at JANM, visit janm.org/gambatte.

hapa.me – 15 years of the hapa project
Through October 28, 2018
In hapa.me, artist Kip Fulbeck pairs photographs and statements from his groundbreaking 2006 exhibition, kip fulbeck: part asian, 100% hapa, with contemporary portraits of the same individuals and newly written statements, showing not only their physical changes in the ensuing years, but also changes in their perspectives and outlooks on the world. 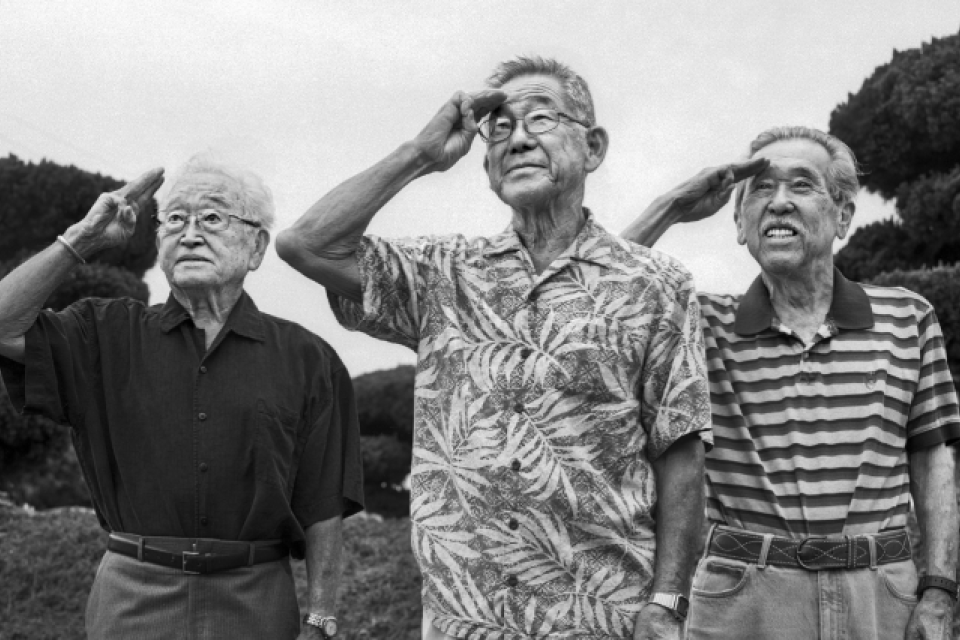 Gambatte! Legacy of an Enduring Spirit features modern and historical photographs documenting the stories of Japanese Americans who were forcibly incarcerated during World War II. Large-format…